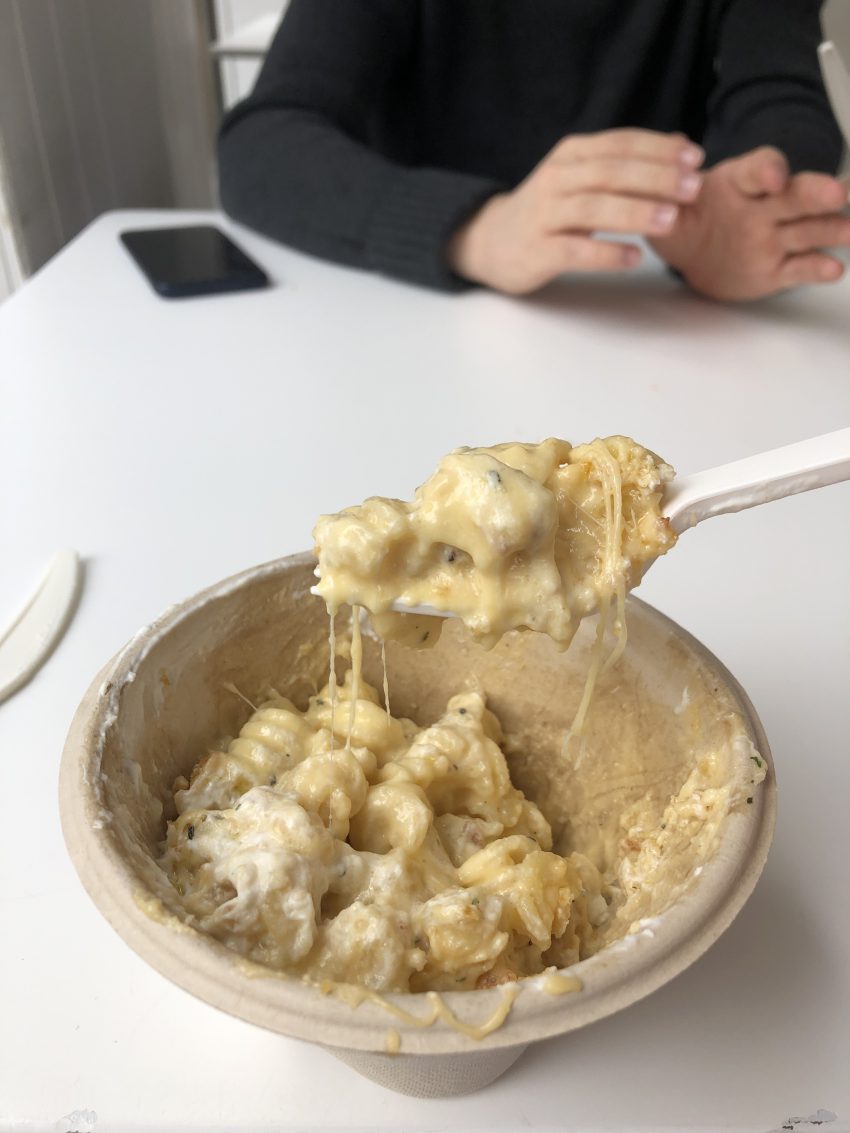 If you’ve only got four days in NYC, here are some achievable, touristic, tick-off places to visit categorised with links to Google Maps or to my reviews.

Ess-a-Bagel will inevitably require queuing (possibly for over an hour) but is 100% worth it. An ideal sightseeing lunch. I recommend a signature bagel, with lox (salmon) and cream cheese.

Milk Bar can be found in New York and elsewhere in the U.S. I highly recommend you watch the Christina Tosi episode of Chef’s Table on Netflix before visiting Milk Bar, as you will appreciate its concept more. Tosi used to be the pastry chef for David Chang. Her baking is super sweet and delicious.

If you’ve ever seen Sex and The City, you’ll know about Magnolia Bakery. It is delicious. I was obsessed with what Americans call ‘pudding’ – a hybrid of mousse and ice cream – and especially the banana pudding here. It was SO RICH and SO GOOD. I also went back for carrot cake because their cake display looked so enticing.

I could not recommend Murray’s Mac and Cheese shop enough. We made the mistake of going to the wrong Murray’s (in Grand Central market) and then had to go all the way across town to the right one. Here is a link to the right one. There is a cheese shop next door (which you will die inside) where we bought an extra one to take home and heat up later in the oven.

One of the highlights of New York was visiting Katz’s Deli. Even if you don’t eat anything, it is an experience. There is a lineup of employees professionally cutting slow cooked meats and handing them over to hungry customers on high. The raised carving counters are a sight to behold and the meat is OUT OF THIS WORLD.

Russ & Daughters has two locations in New York, so make sure you go to the cafe and not the deli. Obviously you have to order the classic lox board it’s famous for.

I am obsessed with David Chang, including his series Ugly Delicious. He owns the Momofuku franchise. We went to Momofuku Noodle Bar in Columbus Circle for a ramen lunch. It was excellent but pricey.

I have reviewed several high-end, world-ranked restaurants in New York. I would highly recommend lunch at Le Bernardin (ordering the truffle tagliatelle) and dinner at Eleven Maddison Park. Check out my reviews for further details (linked in the summary above). I didn’t think Momofuku Ko was worth the money, although it was excellent. Cosme was both the most highly rated and the one we most regretted visiting. It wasn’t bad, but hardly worth an appearance in the World’s Best list.

There are plenty of New York pizzas to be had in New York (duh). We tried a few of the famous ones, such as Joe’s Pizza, which were ordinary. My favourite was Bleecker Street Pizza. The turnover is so high that they’re bought by the slice almost immediately from the oven.

Burger Joint is a ‘secret’ burger bar inside a fancy hotel. You can find some guidance here. The burgers were basic and delicious, and this is one of those ‘experience’ meals. Don’t go at a peak time because the venue is tiny and you might not get a table.

Top of the Standard is an extremely aesthetic bar, albeit for an older crowd. We went up to get a view of the Highline and over the city and the Statue of Liberty.

Bathtub Gin may involve queues and an unexpected burlesque show, but the cocktail list is impressive.

Another hidden speakeasy is Please Don’t Tell, which can only be accessed via a hot dog store, where you dial the suggested number on a phone inside a phone booth. You will need to book days in advance.

Every single bar we went to had great vibes. Top of the Standard had the best view, and Please Don’t Tell was the most private and felt the most ‘New York’. My main piece of advice: book by calling in advance.