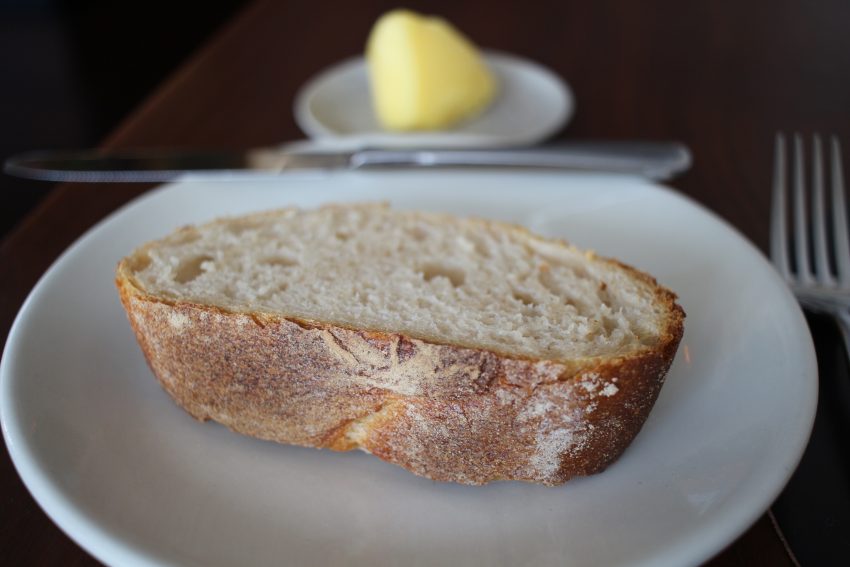 Bread (especially free bread) is served at the beginning of a meal by any good restaurant. It’s important and not merely incidental. House-made butter and steamy, fresh bread are the minimum standard. Care should be put into: warmth, freshness, flavour, density and the butter. Usually wholegrain or rye, for flavour. Either the butter or the bread needs a special/unusual flavour and texture (e.g coming from fermentation, salt, herbs, honey, oil etc). Here are my faves. You can read more about them in my reviews.

N.B I’d include the roti at Momofuku Seiōbo if I felt it didn’t swing too far from the ‘bread’ category. Photos from Quay and Buon Ricordo were lost when my computer crashed (to be updated soon). I also excluded ACME‘s brioche baloney because half the reason it’s so good is because of the baloney and relish inside (it’s more of a dish than merely bread). I didn’t like Iggy’s bread when I had it at Bentley (twice), but at Huxton’s it was AMAZING (potentially a freshness issue?). Also, if we included Melbourne, Dinner by Heston, Vue de Monde, Attica and Igni all have better bread than all of the above restaurants.