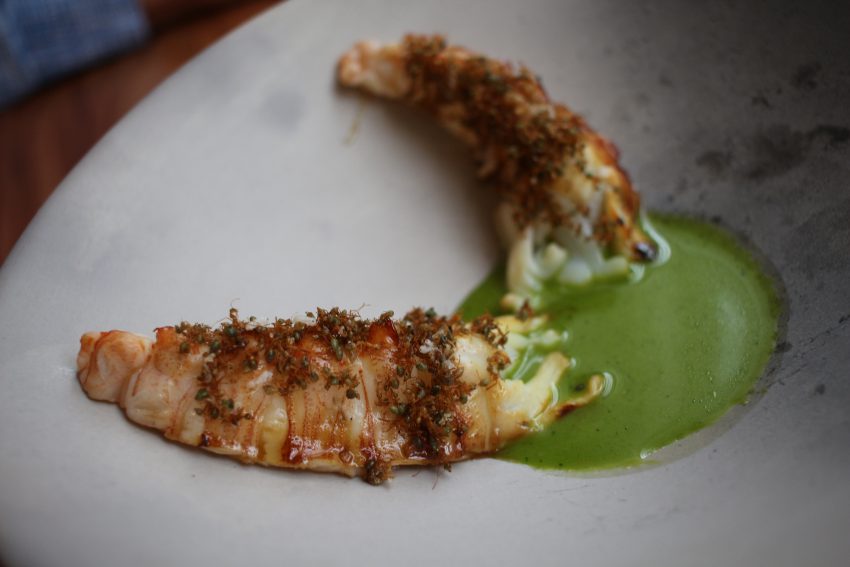 A corroboree of country and chemistry.

I wonder if anyone has paid so much respect to the Gadigal people of the Eora nation as Jock Zonfrillo and his 22 blessings. Every single one of Zonfrillo’s 22 self-contained flavour bombs had something wonderful to say. It’s easy to be overwhelmed by the yabber of tastings coming at you left, right and centre. With a few breaths between courses, it’s over in the blink of an eye. In three hours, that is.

Most dishes arrive at the round, wooden table in groups of three. I found this a bit stressful, because one’s melting while the other is getting cold. Too much meat and fish on the table simultaneously is a bit disorienting. On the other hand, I can see that eating 22 courses served individually would be exhausting.

Orana is in Sydney until September 15, and you would do well to visit it. It’s a pop-up, upheaved entirely from its Adelaide home to which it will soon return. This uprooting is built into the meal price, so I’ve made concession for that in my assessment (“It’s cheaper than a flight to Adelaide”, so they say). For $350 (prepaid), you can lock yourself into an outstanding dining experience. Orana is currently #3 on Gourmet Traveller‘s Australian rankings. Orana was named Australia’s best in 2018 by Gourmet Traveller, and the best in 2019 by Good Food. It’s the only three-hatted restaurant in South Australia.

One of the main difficulties with Orana is that you can’t go back for more. You only get a sample of each thing. Usually, that’s for hedging your bets (some people will like some courses, and not others). In this case, every course was a safe bet.

Feel free to follow the picture commentary below to experience the flow of dishes.