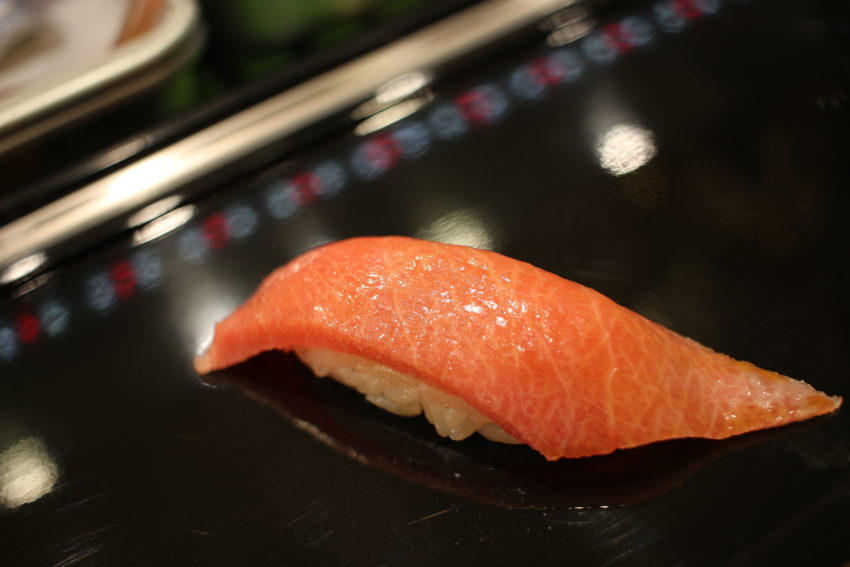 Sushi doesn’t get any better IN THE WORLD. And neither does the produce.

MUST ORDER Everything (especially tuna and miso soup)
VALUE 100/10
AMBIANCE Eager sushi enthusiasts; in the presence of Gods
SERVICE Ideal
WOULD I GO BACK? In a heartbeat

It would not be possible for me to praise or recommend Sushi Dai enough. We had heard horror stories online about waiting in queues, so we duly set an alarm for 2.30am, and headed to the new Tokyo fish market, called Tosoyu. The restaurant opens at 5.30am every day, but there is a queue before then. They only seat about 15 people at a time, and our session lasted for an hour. We were second in the queue, thanks to our crazy wake up.

Realising that we could have arrived at 4am and still been second in line, we learned a valuable lesson. First of all, the stuff you read on the internet about the queue mostly regards the old Tokyo fish market, called Tsukiji. Sushi Dai has officially moved to the new market, where the experience is more organised.

I can’t tell whether the magic began with the miso soup or the semi-fatty tuna (pictured as the feature image of this review). Certainly, the miso soup was the most memorable course, and I will never forget it.

The price was essentially AUD50 (4,500 Yen), and is the best value meal anyone could ever consume. It was an omakase of 9 pieces of nigiri, with a choice of one extra nigiri at the end. I chose fatty tuna as my extra (no brainer), since the tuna is significantly better than what you can get in Australia. Also included was an omelette, miso soup and four mini sushi rolls.

Two surprises for me were that no salmon was included in the omakase, nor Bluefin tuna. As two of my favourites, I felt this left room for improvement.

The worst part was having to eat raw fish at 5.30am, by which time we felt sick from lack of sleep. I can eat sushi like this at any time of the day or night, and still love it. It just wasn’t ideal. But this is the only viable way of experiencing it if you don’t have time to wait in line all day.

The couple beside us ordered beers before the food came out, which might have been a better way to start breakfast.