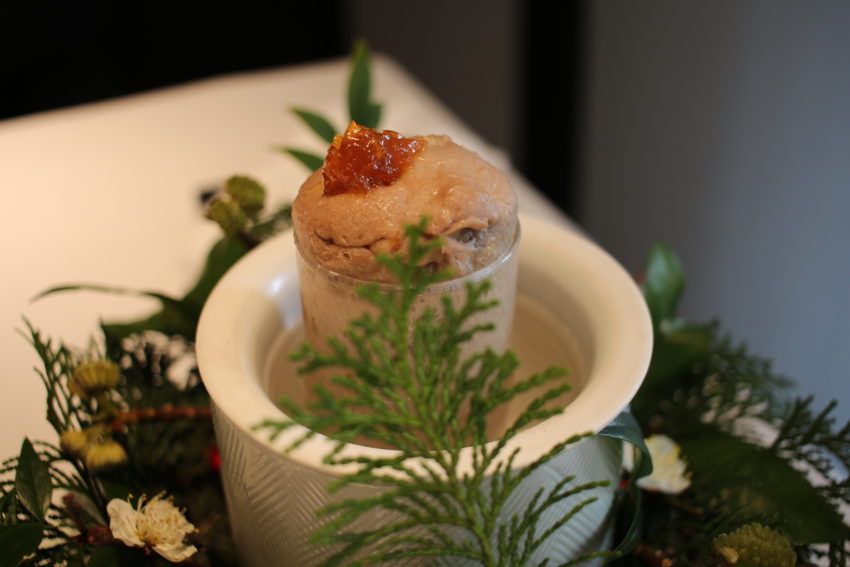 MENU HIGHLIGHTS Magnolia ice cream; bread of the forest; langoustine
VALUE 8.5/10
AMBIANCE Every guest is a king
SERVICE Ideal (and beyond)
WOULD I GO BACK? Yes, once I’ve ticked off everything else on my Japan list, being: Sukiyabashi Jiro, Nihonryori RyuGin, Florilège, Sushi Saito, Takazawa, L’effervescence, La Cime and Il Ristorante Luca Fantin

Narisawa’s menu was designed to be a tribute to Satoyama culture, which is described as a lifestyle where people live and work in harmony with nature, responding to the seasons and only taking the most necessary resources from the earth. The restaurant’s cuisine is self-described as “innovative Satoyama cuisine”, aiming to be beneficial to the body, spirit and the environment. It’s the sort of philosophy that some people take seriously, and other diners (usually the kale-hater-male-meat-eaters) might be found joking: “do you reckon they wrestled this cacao off some native tribe?”

The first ‘dish’ was a bowl containing a sip’s worth of forest water, resembling the Japanese flag (see picture). This was symbolic of my experience in Japan in general – that they are as proud of their food as their country. And so they should be.

‘Satoyama Scenery and Essence of the Forest’ arrived on a wooden slab, with a cup made of cedar, containing cedar-infused water. The best part of the dish for me was the soy bean yoghurt with dehydrated soy sprinklings (coloured green and white). It was texturally fantastic.

Soft-shelled turtle from Saga sounded scary. I’d never eaten turtle before, and it was nothing like crab (I was expecting a similar texture). The closest familiar friend (in terms of flavour) was pork sausage, lovingly coated in terryaki sauce. It was nicely seasoned with sachi pepper and a sprinkle of Lindera (spicy green plant) from Ishikawa.

A Japanese yam from Saga filled with botargo from Fukuoka tasted like a sophisticated tempura potato. Bottarga (also known as botargo) is actually roe, but it had the consistency of pureed dried apricot.

Swimming in a delectable, broth-like white miso soup was a Konagai oyster from Nagasaki. Both Narisawa and Den favoured using the skin of soy milk, known as yuba. I have always been a milk-skin fan, so I loved it.

Spanish Mackerel from Yamaguchin was centred around swirls of Sancho pink pepper and plum sauce, a black olive and spinach sauce, and toasted grains from Gifu. The nicest cooked fish dish I had in Japan. I have also lost my makerel prejudice (I used to dislike it).

My favourite dish was ‘Bread of the Forest 2010’. How boring of me to love bread so much. This is Narisawa’s signature dish. Towards the beginning of the meal, they bring out raw dough to show it fermenting in warm water. Then, later, they bring over a stone pot heated to over 200 degrees, cradle the dough inside it, and allow it to cook at your table for twelve minutes. The hot, little bread rolls which form inside the stone pot are paired with a to-die-for cultured butter, coated in ‘moss’ (a green, salty sort of dehydrated milk powder). We were overheard wanting more, and we received two more sets of bread and butter without even asking!

I was hesitant to pierce an artwork of ‘Temari’ Tiger prawn from Kumamoto and kurakakoi kombu from Rebun Island in Hokkaido‘, descring a dumpling in a broth, wrapped in coloured vegetables. Kombu is a type of seaweed which pairs so well with seafood. Australians have already stolen this idea.

Blowfish and blowfish milt from Aichi was certainly the most confronting dish. Milt is the guts of the fish – it’s soft, creamy and intestinal. However, I was completely distracted by the crunchy batter, Italian black truffle and Japanese leek taking over my tongue.

‘Luxury Essence 2007’ continues the dish-naming trend of aggressively impressive-sounding langoustine from Shizuoka. It was a major highlight, just for the broth. The broth is apparently simmered for over six hours, by steaming bones of pork, chicken and ham. Langoustine is similar to lobster and as sweet as a marron; generous and delicious.

A thick, charcoal-rubbed pyramid of ‘Sumi 2008 Kobe beef from Hyogo’. Aged and barely cooked, I thought the meat was a bit tough, and the fat should have been allowed to melt a bit more instead of being left in solid veins. I am sure these guys are the experts in knowing how to treat the Kobe, so maybe Kobe just isn’t for me.

I was truly delighted by the first dessert of strawberry mochi with magnolia ice cream (‘strawberry from Fukuoka and magnolia from Gifu’). The ice cream was so subtle and a standout element of the meal. The dessert was so light, and somehow not sweet.

‘Amazon Cacao from Peru‘ featured in a soufflé and a side of cacao ice cream. If you weren’t used to cacao, you wouldn’t have like it. I love the richness, and absence of sweetness, but my partner needed less chocolate and more sugar. This soufflé doesn’t compare to the (apparently) unbeatable chocolate one at Vue de Monde in Melbourne.

Inside a miniature wafer, much like a monaka, is ‘Yame matcha from Fukuoka’. You can see how Narisawa is more traditional than Den, whose monaka was served as a savoury starter course.

Yoshihiro Narisawa, the head chef, came out to meet us halfway through the courses. He was so friendly and humble. I am yet to meet an arrogant chef who comes to greet his customers. It’s a clever tactic, as it humanises the whole elite process.

One of the neighbouring couples Narisawa talked to said this was the best restaurant they’d ever been to. For us, it was definitely close to the summit of the best-ever list (Vue de Monde and Momofuku Seiōbo are tough competitors), but it was certainly the best one on our Japan trip.

It was so delicious and luxurious, my partner wondered aloud, “what would it be like if I ate the napkin?”