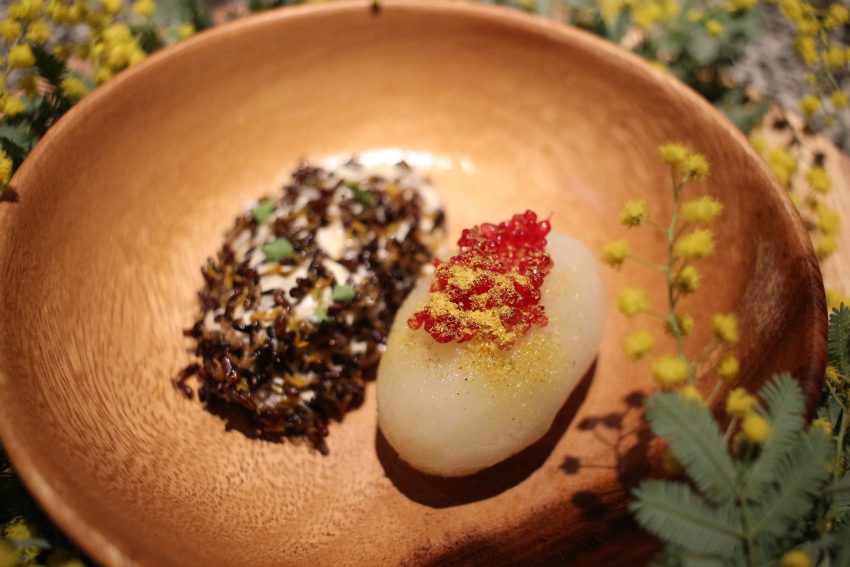 MENU HIGHLIGHTS Happy little Vegemite; marron; bunya bunya; history of Ripponlea; souva
VALUE 7.5/10
AMBIANCE Bored rich people
SERVICE Ideal
WOULD I GO BACK? Not unless someone else paid for me

Attica definitely doesn’t deserve it’s place as the world’s 20th best restaurant (in a relative sense). I don’t even think it’s the best in Melbourne. However, I think it’s a great restaurant to be on that list for tourists. It champions Australian ingredients, dishes and cooking techniques.

Getting a table for two is nearly impossible (apparently tables for four are far easier to come by). Bookings are released at 9am on the first Wednesday of each month for three months in advance.

I really love the food philosophy of Ben Shewry, the head chef. Lee Tran Lam has a fabulous podcast about Ben Shewry’s life, and you’ll gain a much deeper understanding of the restaurant’s approach to food by listening here. Shewry’s also got a dedicated episode on Netflix’s Chef’s Table.

Attica is located about 100 metres up from Ripponlea station; not close to Melbourne’s centre. It’s quiet, with a grocery store beside it. We Ubered back.

The menu costs $295 per person, and you have no options. It’s a set menu degustation, like all of the finest restaurants. The experience takes around 3.5 hours.

The couple beside us were very friendly. They’d been there before, and they were reasonably chatty in contrast to everyone else in the room. Most diners were couples on their phones with minimal conversation. It was kinda depressing, actually. None of them seemed like this was something super special for them–as though fine dining was routine, rather than a privilege and a fascinating food experience. It’s somewhere you can hide, without the lighting issues (each tabletop is spotlit, but the diners and restaurant are very dim). The fit-out was shockingly simple: velvet, plain white tablecloths, standard cutlery and ceramic plates. It wasn’t particularly tidy or impressive. I didn’t notice any art.

There are three options for people who like drink pairings. An $85 non-alcoholic pairing option; $185 for matching wines, beer and sake; and what the restaurant described as “our favourite of both pairings, a combination of wine and non-alcoholic options” for $120. My friend chose the latter. I always steer clear of drinking anything but water when fine dining, because I think it distracts you from what the food is really like. And it fills you up during a degustation! It can also ruin and disappoint, because you feel sick about how much money you’re spending. Stick with H2O.

At Attica, one would think a pairing would be something outstanding. It was seriously terrible. It ruined my friend’s night. We’re far from experts, and we’re not picky with drinks; but these were below par. Contrastingly, the non-alcoholic options were top notch (‘rosella and all-spice’, ‘riberries and grapefruit’, ‘cold-smoked Granny Smith apple’, ‘desert lime and apple cider’ etc), but they were supposed to be bonuses to outstanding wines. The wines were boring, and sometimes gross. He only liked one of them. I had a sip of some, and agreed.

The first item to hit the table was a eucalyptus towel for each of us. Refreshing and welcome.

Disappointingly, there was no bread to start. Instead, first up was Tac’Oz. Pretty far from my concept of a taco. It was overloaded with salad (drowned in aioli/Ranch dressing equivalent), and the cracker broke immediately into shards. Leaves were fresh (from Shewry’s local producers). Like any overfilled taco, you end up feeling like your hands have turned into the bowl. Shewry is sending you a message: “So you thought this was ‘fine dining’? Relax. We’re not French.”

Pearl with quandong was pearl meat cooked in paperbark, topped with the native Australian fruit. I’d never eaten pearl meat before, but it’s a muscle found in a pearl oyster. Texturally, it was like a really tender scallop, or a less dense chicken thigh. Quandong is very sweet and acidic.

Avocado and wattleseed salada was a glorified avocado cracker. I think there was finger lime on top. That’s mainstream genius – I also squeeze some citrus in my guac when I make it at home. Split beautifully like an average avocado at most Bondi cafes, the only thing that turned this snack from an aesthetic version of an average item to a froth-to-table cracker was the fact that Ben Shewry placed it on the table himself. I have never before been so starstruck. I could not speak. His hair was amazing. And that is all for now.

Happy little vegemite is superb. It’s warm, salty and buttery. You can hardly taste the Vegemite (surely this is to cater to the foreigners). The dough is just like eating bao (the bun part of Chinese steamed bread rolls).

An imperfect history of Ripponlea is basically three little snacks. They share a common structure: tart shell, something creamy, topped with a flavour bomb. As usual, the snacks are where the chef’s creativity is concentrated. This dish has the most thought put into it, and the most complex/interesting flavour. The snacks are named to recount the area’s history in three phases. The pink one represents the Indigenous people, with blood lime, native pepper leaves and riberries. The black one is blood pudding on an Earl Grey cream represents the bloody Brits. The light brown one is filled with matzos, schmaltz, with a chicken broth jelly on top, representing the Jewish population. I like black, people. Each of them is crunchy, creamy, fatty, sophisticated (layers of flavour that hit you at different times) and rich. Excellent.

Green ant pav is fun for people who haven’t eaten fancy ants before, but meaningless for those who have. I couldn’t actually discern the individual flavour of the green ants. Perched upon a piece of banana, they became irrelevant as my tongue was overtaken by the cheesy, creamy, yoghurt-y filling. For a pav, there’s too much crust (needed more marshmallow inside).

Hand-dived scallop was brushed with wattlesoy from Port Philip bay. I’m used to scallops that have been partly seared, but even without that golden caramelisation, this is one speccy scallop.

Chewy carrots sound like a boring dish. I still think about the accompanying smoked egg tarragon dip; it was fantastic! The dip was the hero and deserves to be included in the menu description.

Mutton shell was fun, because the shell domed over the meat in a self-lifting surprise. FYI, mutton fish is another name for abalone. Abalone excites me when I’m fine dining, because they usually do something really interesting. This was no exception. Buttery; chewy; with the warmth of cheese; and an unnamed magical oil/spice/garlic cream on top.

Hand-picked crab with wattle bread should have been a highlight.  Most dishes at Attica that are bigger than your fist are shared. This is a major downer on value for money, compared to other degustations, because they’re not generously sized. The snow crab was divine, but small. We asked for a second round of the wattle bread damper, which was much fresher, hotter and better than the first round. It’s also served with much-needed butter and random saltbush chips (that are just…inexplicably there).

Acacia seeds and artichoke is served with a branch of wattle flowers. Simple. Nothing marvellous. Ester’s artichoke is far superior.

Marron in kelp is the best marron consumed to date (better than Momofuku’s, Vue de Monde’s…) It was juicy, with nothing much added to disturb it.

The most memorable experience at Attica was eating the lamb souva. In a tribute to Melbourne’s greek population, Shewry designed a backyard at the rear of his restaurant, so diners can experience an Australian barbecue. Our coats were returned to us, and we were asked to leave our table and follow a waiter outside. The courtyard (‘backyard’) was painted black and red, with possum fur laid out to sit on. There were a few other couples hanging around. We were handed house-brewed beer on tap (the BEST BEER I will ever–and have ever–consumed) in mini glass Mason jars. The beer even had a solid layer of froth, and had been infused with some sort of native herb. There was a rotating lamb spit and pita puffing freshly over coals. This was where I got my value. I had three mini beers, and tried the lemon aspen drink insulated in possum fur for the non-alcos. Determined to get bang for my buck, I probably had about three souvas (souvlaki/kebab), in addition to asking for a plate of ‘just the meat’. Again, take a look at the videos on my Instagram highlights.

Black ant lamington was a very disappointing, albeit creative, version of the classic Aussie treat. It was super sweet and too icy. It needed a softer, creamier filling. There was minimal coconut, and the usual chocolate coating was replaced with black ants. There was no cake layer/element to balance the sweetness. This dish might have worked if the portion size were to be reduced to a quarter of that size. There was too much of it. P.S, ants taste like wood. P.P.S, black ants don’t improve on the green ants.

Whipped emu egg was definitely the worst course. This was a really disheartening main dessert, and should have been something marvellous. Served inside an emu eggshell was something that tasted like a bad Christmas cake with an alcoholic foam (apparently a sabayon). Custard is one of my favourite things on earth, and somehow, this version was terrible. I didn’t like any part of it. All I tasted was rum. Apparently there was chocolate in there somewhere, but not enough to save my ‘buds.

Bunya bunya was the best sweet item on the menu. It was so small, and I wanted a whole scoop’s worth of it (there was only one little mouthful each). It basically tasted like honey ice cream, with a perfectly smooth, thick texture.

I was fairly unnerved to see the three-quarter-full cup of eucalyptus tea that finished our meal appearing as a $5 line on our bill. Plus a card surcharge (which is normal).

Interestingly, there were no red meat heroes (no Aussie beef, fancy steak or leg of lamb).

It’s hard to say where the snacks ended and the meal began. There wasn’t anything that was main-meal sized. If I hadn’t eaten so many souvas, I would not have come near reaching my stomach capacity; and would have left feeling regretfully poorer.

Attica’s dishes had too much repetition (which I consider to be a form of cheating, since cooks this talented should be demonstrating their widest possible array of brilliance). Acacia seeds were used similarly twice (on the avo and artichoke). Also, Acacia seeds are wattleseeds (which were used in the bread, scallop and avocado). The lift-up-the-shell surprise trick was reused for the presentation of the crab, the scallop and the abalone. Ants featured heavily in both the pavlova and the lamington…Creativity was not only narrowed, but also not tasty (not worthwhile).

You should definitely look at the ‘highlights’ reel on my @sydneyflavours Instagram to view videos of the food and the courses. This will give you a much better idea of what the restaurant was like.

Go to Attica for the experience. Food is interesting, but missed the mark on flavour a few too many times for me. Don’t get the drinks pairing. If you’re a foodie with a restricted budget, I think you’re better off spending your money at Vue de Monde or Igni. 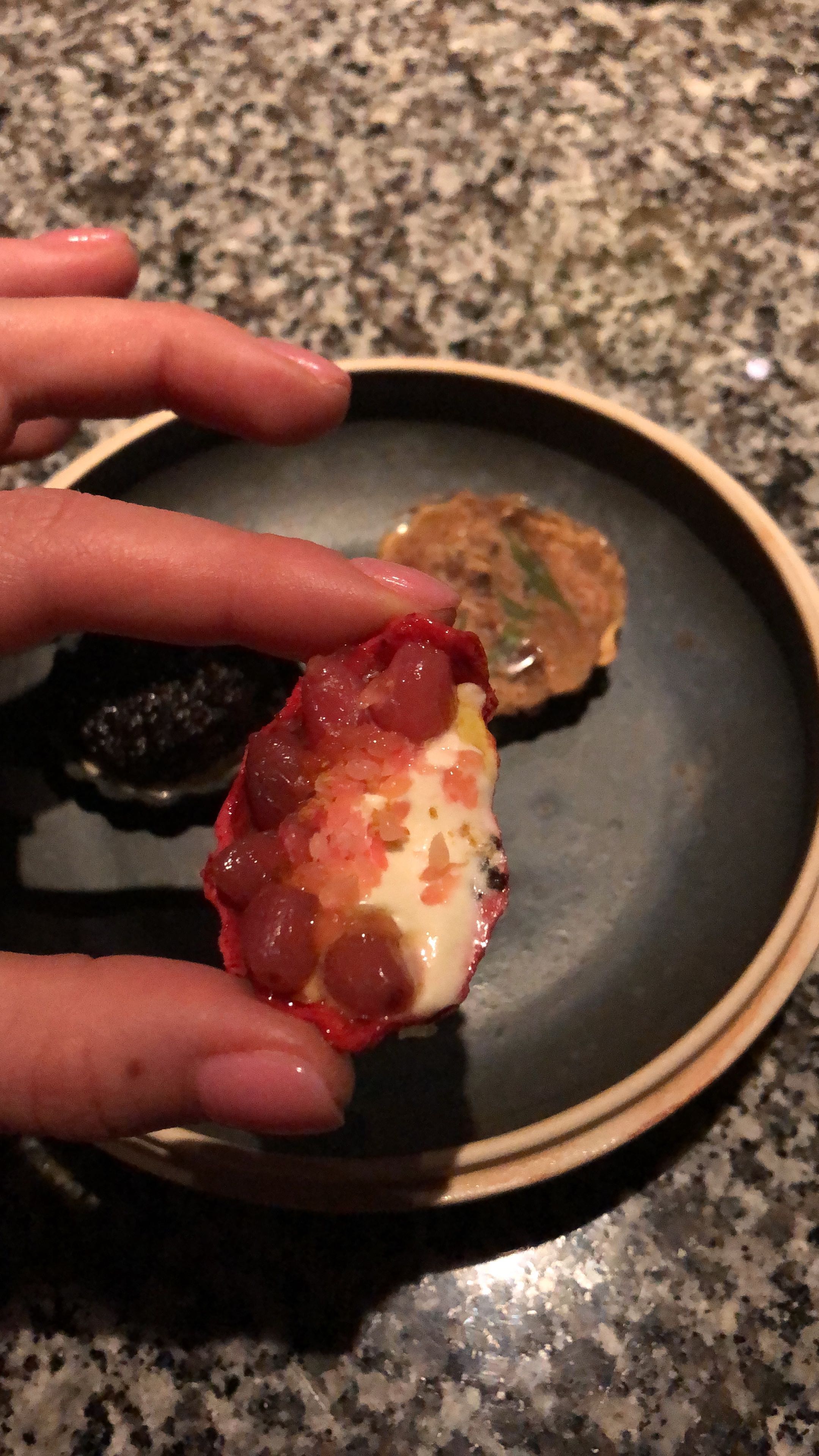 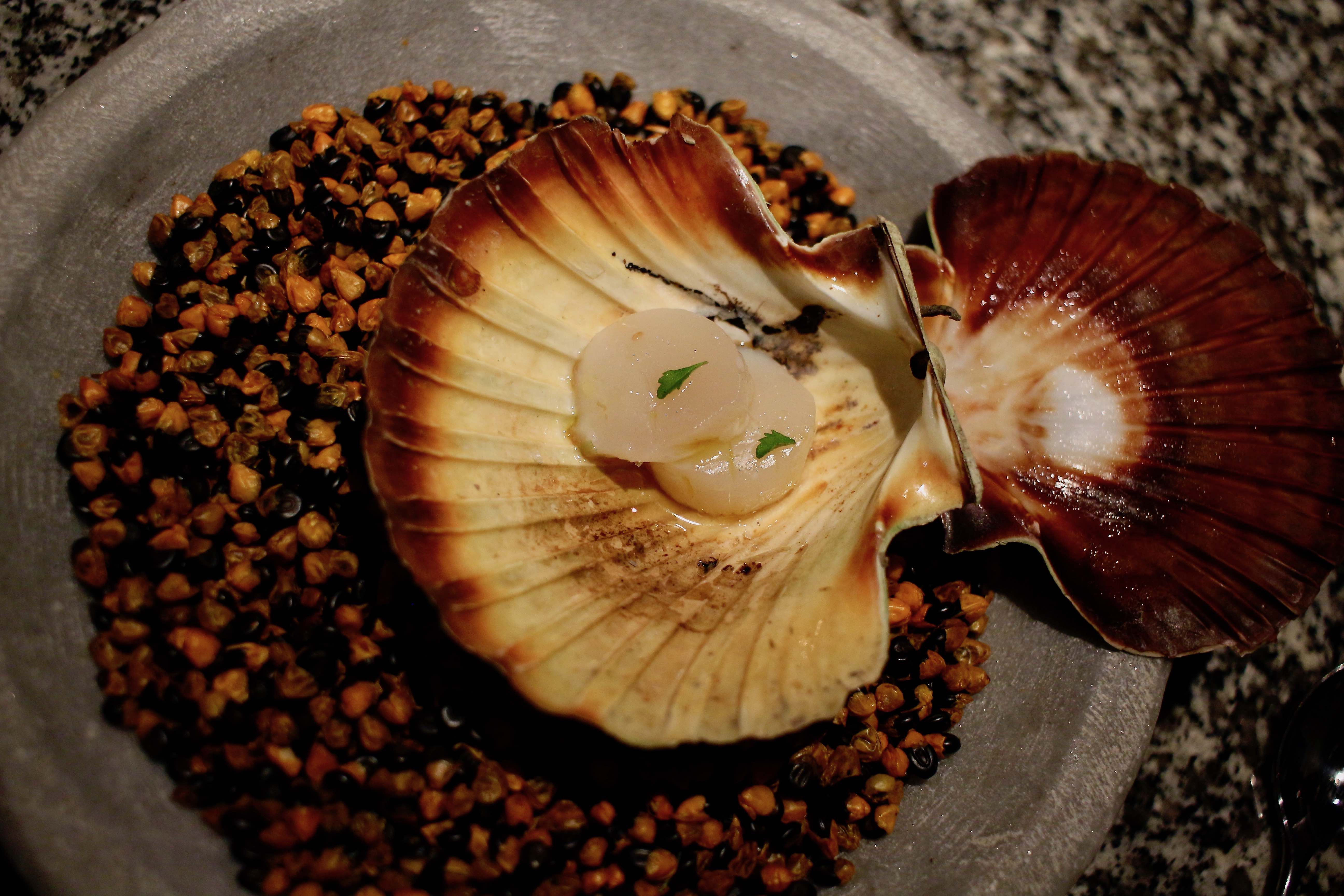 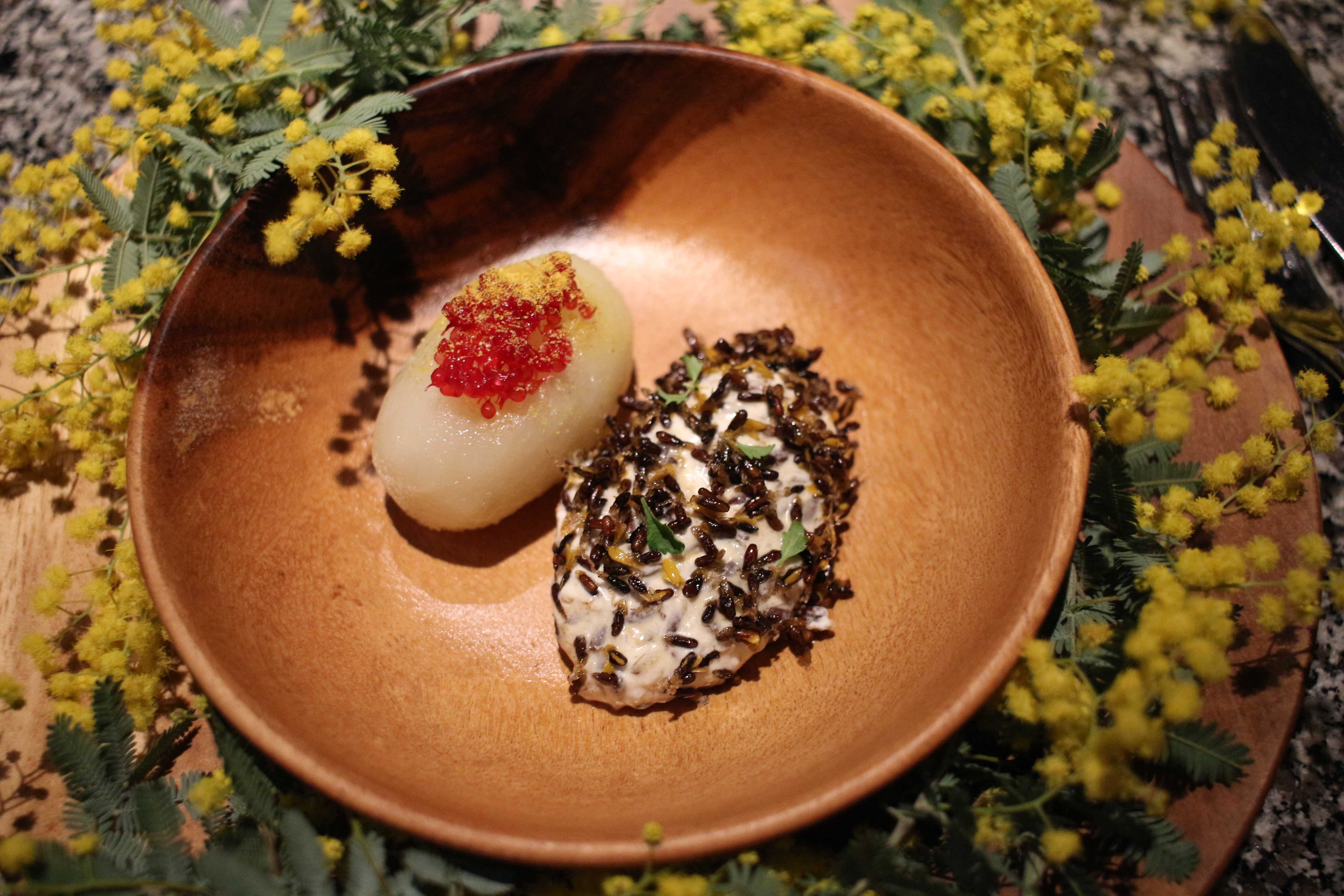 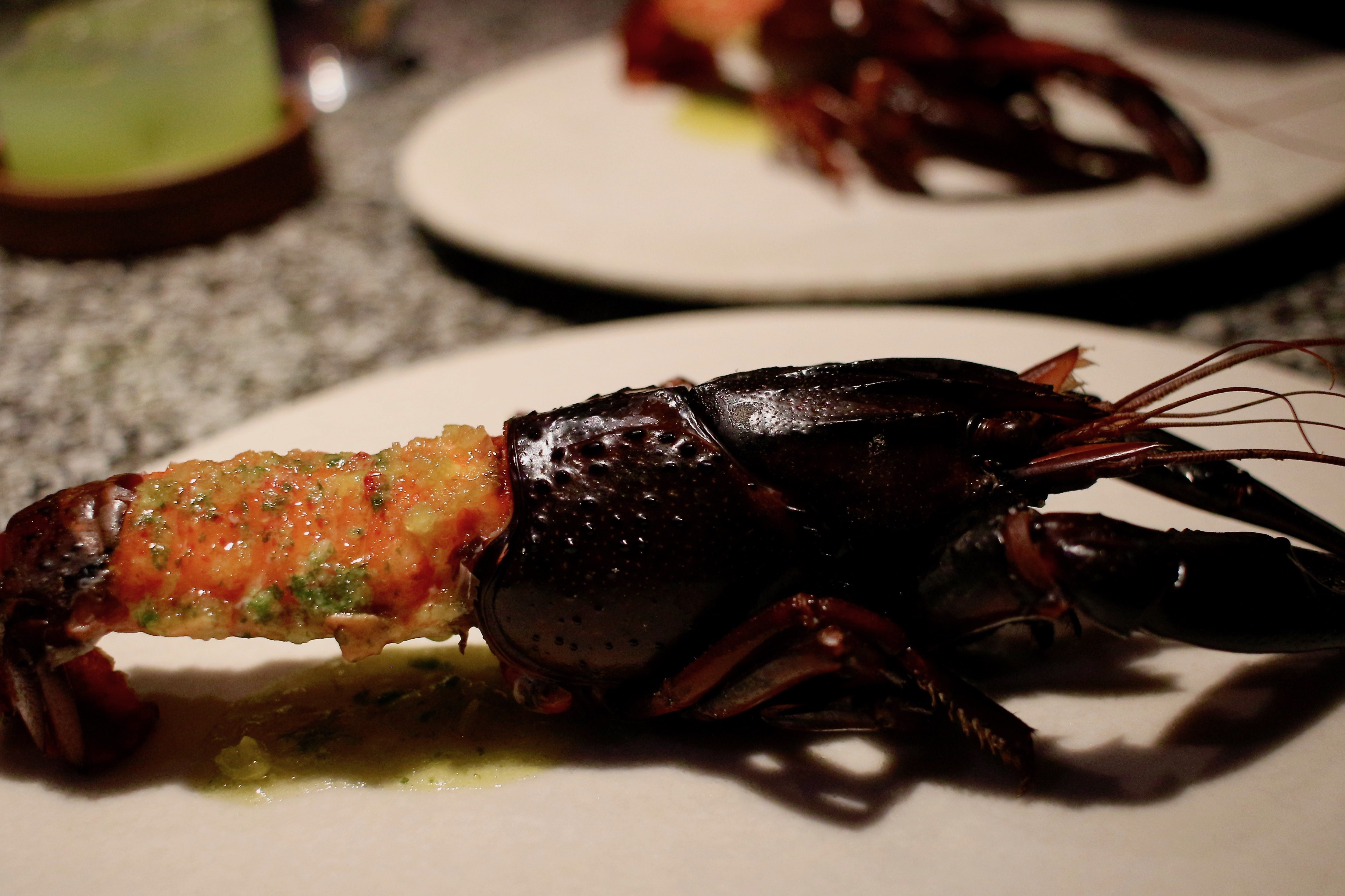 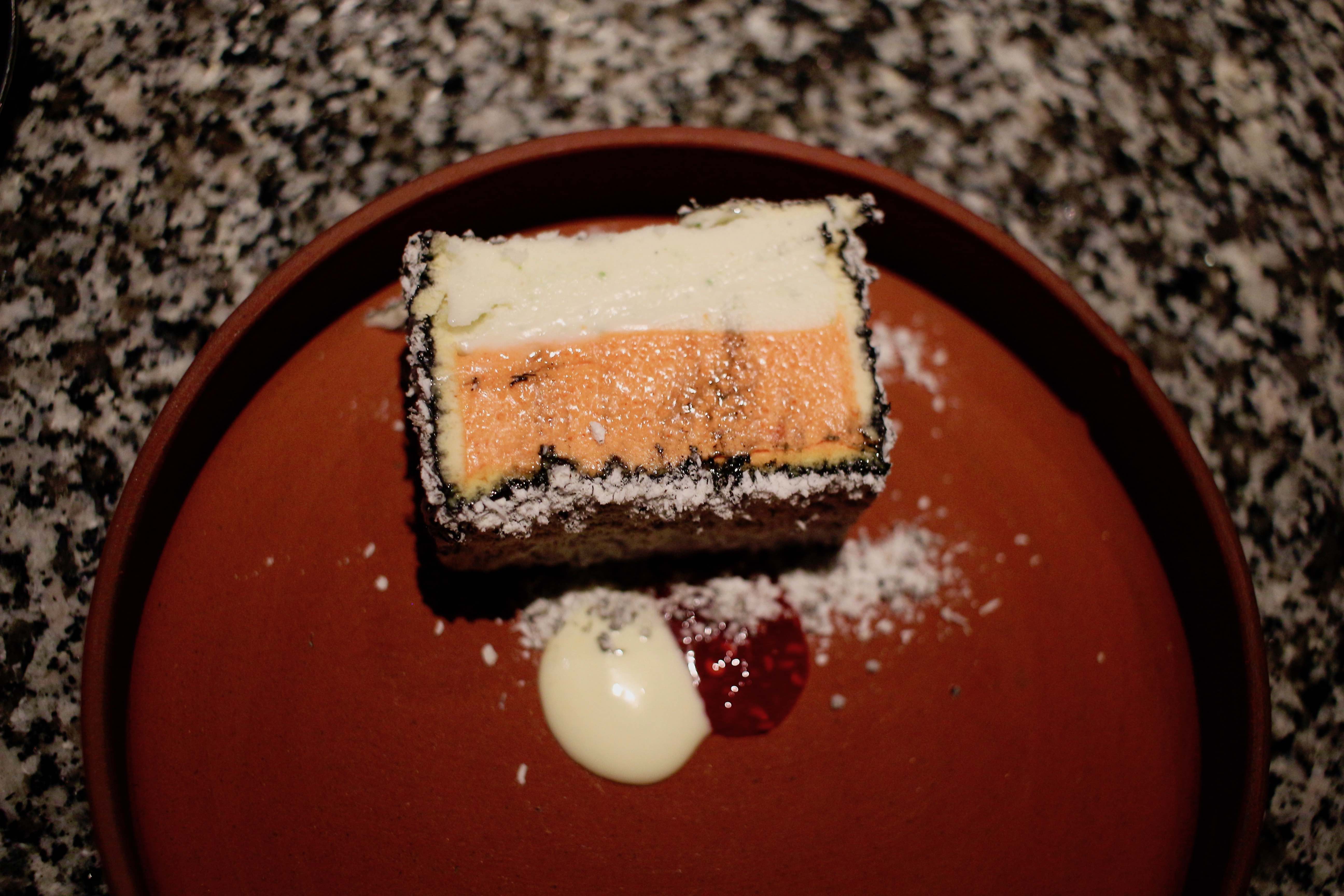 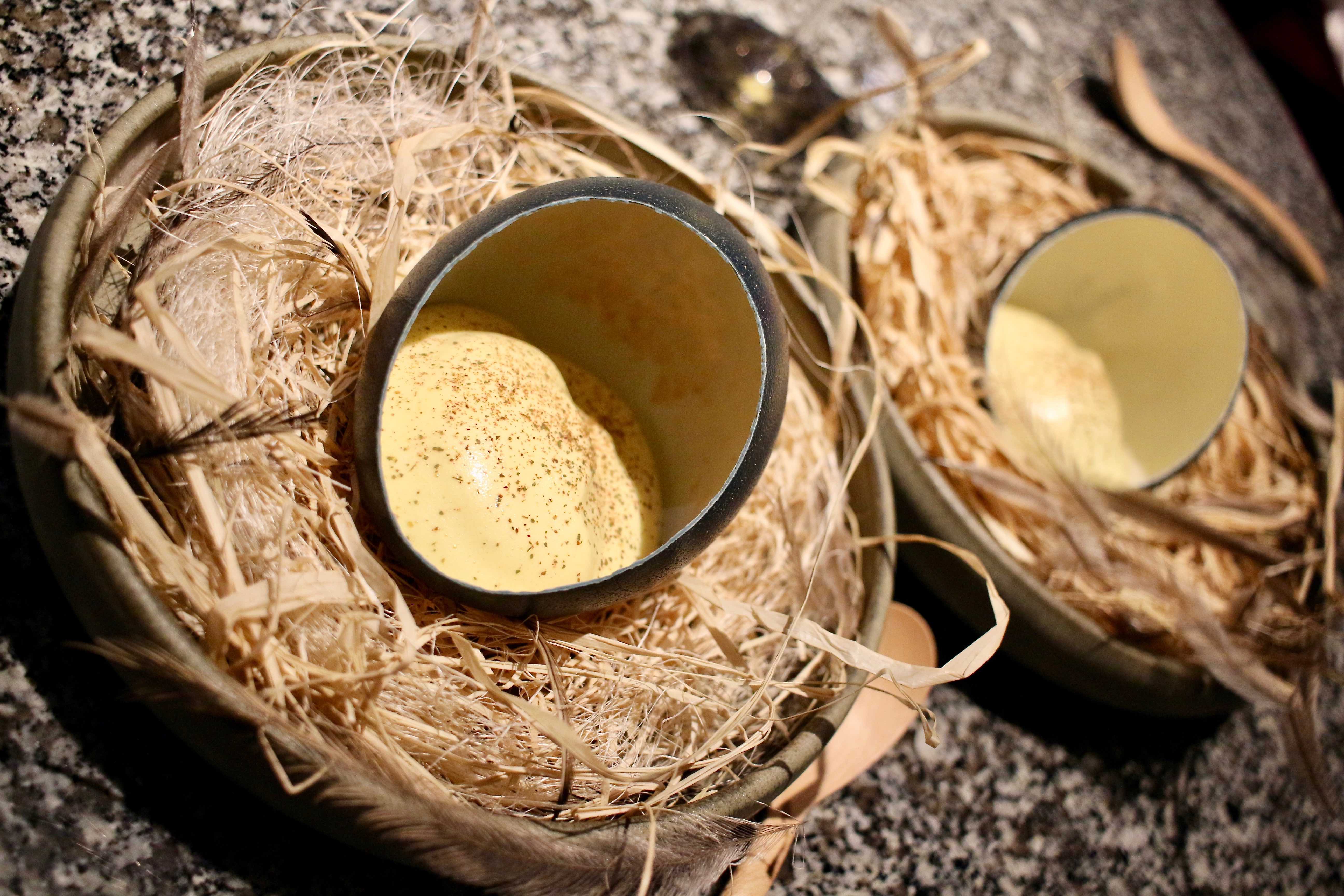 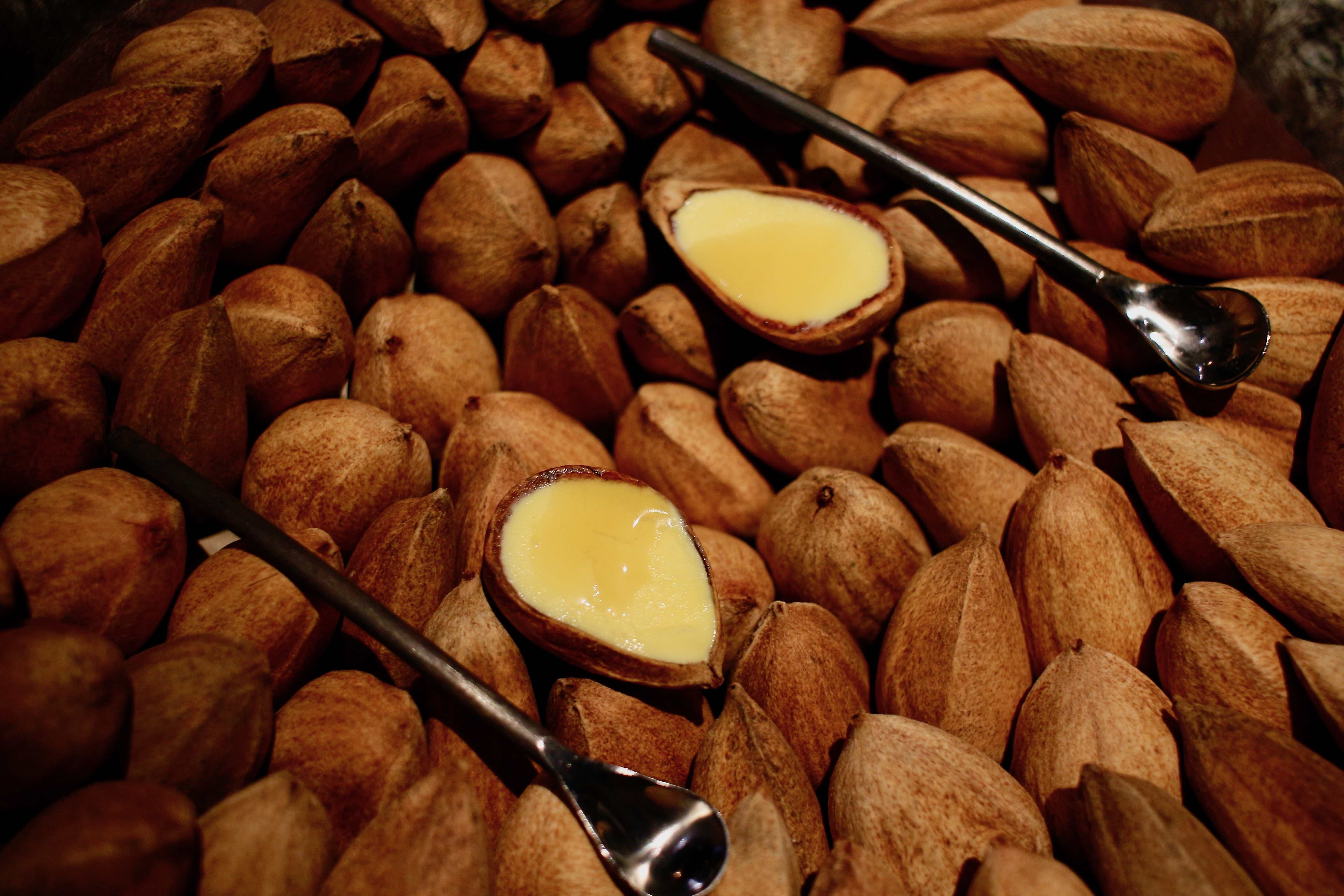