For context, this is the best restaurant I have ever been to. Hands down. [Edit: Disfrutar in Barcelona is the only restaurant that has overtaken Vue for me.]

When I arrived at the building I found the restaurant difficult to find, because there are several entrances. Eventually, I found the concierge who takes your coat and leads you up the lift into a separate bar area.

The restaurant itself only had around twelve tables, only about half of which were occupied on this Thursday lunch. Since the menu remains the same, I would definitely recommend visiting for lunch, as the sky was clear and the view over Melbourne was stunning. The blinds were slightly down, with sun pleasantly streaming onto my leg.

One of my favourite things about Vue de Monde was the fast and consistent pace. Service was the most professional I’ve ever encountered (only competing with Dinner by Heston).

Many ‘healthier’ style degustations are too subtle on the flavours. This was SO flavoursome.

The Build Your Own aspect of the meal also brought it to another level. I had to crush petals with liquid nitrogen to form the base of my sorbet, cook my own mud crab sausage, hold my toasted marshmallow while it was still on fire…Vue de Monde has the ‘wow’ factor.

Winter vegetables smoked in paperbark with eggplant and eucalyptus was an interesting way to start. The vegetables are essentially raw (super crunchy) with a smokey flavour, and well-seasoned. They were supposed to be dipped in the eggplant and eucalyptus dip served on a shrivelled eggplant. This was not totally obvious to me, and I accidentally started eating the eggplant (which was just a vesicle for the dip). I also wasn’t sold on the flavour combination. I like the idea of a fresh start, though.

Raw Flinders Island lamb with crunchy, raw cauliflower, fermented mushroom cream, apple, and strong use of finger lime, was a delicious take on a tartare. It tasted slightly of liquorice (there was a caramelised cauliflower and mushroom purée underneath), residing in a koji and mushroom sauce. I’m not sure whether having more raw veg (cauliflower) was a complementary transition from the starter or a downer on the juicy lamb.

Moonlight Flat Rusty Wire oyster with lemon myrtle from Bateman’s Bay slid down with a light acidity that inspired me to purchase some lemon myrtle vinaigrette.

Kingfish with oyster emulsion, kale and macadamia was a very innovative way of serving kingfish, without compromising the signature freshness of the dish. Citrus and creaminess took a back seat, with kale as the hero. The kale didn’t crumble like the usual oily chips, but retained its crunch. The fish was dusted with clam and saltbush powder; and the oyster emulsion added sweetness.

Mud crab snags with pickled kohlrabi strips and tarragon was yet another interactive aspect of the meal. This was one of my favourites, if only because of the toasted brioche bun. The brioche is made in Vue de Monde’s own Burnham Bakery Why aren’t more people doing mud crab sausages? I want Fish Butchery to do these.

Marron tail with Jerusalem artichoke was beautiful. The mashed-up marron coral was something I’d never tried before, and made for a revolutionary sauce (the only time I’ve had it since was at Saint Peter). Why did it taste so good? Potentially because it also contained chicken fat and Geraldton wax oil.

Marron head with Jerusalem artichoke and desert lime was my second least favourite item on the menu, as it was just a bit mushy (overcooked?) and the broth lacked punch. However, just like the coral sauce, the Geraldton wax micro herb was a totally new to me. The wax tastes lemony/woody/floral/rosemary-like.

‘Damper but not damper’ was easily one of the highlights. It was essentially a croissant wrapped around a stick, brushed with whey and Vegemite. Unlike Attica’s Vegemite scroll, this Vegemite was used with confidence/boldness, and it was delicious. It also came with a charcoal flatbread sprinkled with wattleseed salt and served with blue cheese butter. The butter melted on the warm bread into pure happiness. I HAD to ask for two rounds of this set of three (damper, flatbread, butter).

Potato, smoked eel, watercress purée (the hero) and Yarra Valley salmon roe was creamy, flavoursome, like a crunchy roll mop with the pop of roe. If you don’t like eel, don’t worry, you could hardly taste it (it seamlessly complemented everything else). The watercress purée was a green cream sedimented underneath lemon aspen and parsley oil. Wowza.

Davidson Plum sorbet was fun and interactive. I was brought out a little bowl full of flowers, over which was poured liquid nitrogen, and I had to crunch them until they turned into a powder. The waiter then placed the sorbet on top. It was very sweet and refreshingly floral.

The Western Australian truffle, broccoli and wagyu tongue with a broccoli and beef sauce delighted from the start, with the smell of truffle wafting upwards. Probably the least interesting/tasty of the lot.

Suckling pig with celeriac, apple and hay made any other pig dish I’ve tried laughable. It seemed impossibly perfect. A 12-hour salt-baked terrine with various parts of the pig. The apple was not quite a purée, in glorious chunks. Fresh, and not too sweet. The terrine was moist but dense. The chewy crackling crust on top wasn’t separated by the usual layer of fat, but was so moist and crunchy.

Dry aged duck roasted with leatherwood honey, quince and pine mushrooms melted in the mouth. Competing only with Igni and The Bridge Room as the best duck I’ve ever had. The skin was so crunchy, sticky and fatty. I loved the knife and the cutlery generally (see pics). This duck could not be better if it tried (quack).

The trolley of cheese was an absolute essential and I was SO glad I’d chosen it. There was a soft goat’s milk cheese, a triple cream cheese, a hard Bruny Island unpasteurised Swiss-style one, Barry’s Creek cow’s milk blue, two washed rind cheeses… They were served with thin lavosh (I have never eaten cheese with such as ideal cracker, because it was innocuous, paper thin and yet enhanced the cheese somehow). Naturally, I asked for round two, with an additional piece of blue cheese, a Bruny Island double cream camembert and the hero: Baxter Reserve buffalo milk cheese. I wasn’t a fan of the overpowering green apple mustard dip, but the two other chutneys (one sultana, one onion) were ideal accompaniments.

Roasted marshmallow was a surprising highlight, toasted over a ‘campfire’ in front of me, with a cool ice cream and chocolate layer contrasting the light, warm, toasted marshmallow on the outside. The marshmallow was accompanied by a mini lamington filled with an impeccably smooth mousse coated in appropriately tiny coconut shreds. The chocolate could have been slightly darker, and the raspberry slightly less sweet, but it was a classic textural triumph.

Chocolate soufflé with espresso ice cream was an extremely memorable dessert and easily the best soufflé I’ve ever eaten. It maintained its rise and was still cooked through. The way the ice cream was served so that it slid down into the dessert was so satisfying. The aerated chocolate ganache on top was magical. Personally, I would have liked the coffee ice cream to be less instant coffee-like (still with strong coffee taste, but more roasted and more creamy).

I was unsurprised by the savoury nature of the final dessert, given the unsweetened theme: mandarin with toasted grains and carrots. It still felt like a dessert, because the carrots were candied, the buckwheat was toasted, the mandarin sauce was thick but not sweet. It was tasty, but could have been slightly more creamy (the ice cream was a bit icy; see pic). Geraldton wax flavour was outstanding here too. Is it a cheat to repeat, though? It seems there were a few courses where flavours and ingredients were intentionally repeated (two types of marron, two types of crab, the marshmallow and lamington…) I loved it.

An interesting way to finish was with seasonal fruits: a ‘papple’ (pear/apple) soaked in beer, orange soaked in Bundaberg rum and kiwi in gin. I dislike alcohol in desserts, but I liked how they were cooling on the palate. After the savoury dessert, I would have potentially preferred simpler fruit (perhaps a jelly with cream). Or non-alcoholic frozen fruit.

A sign of generosity and further indication of customer care here was in the goodie bag I was given to take home at the end of the meal “to continue your dining experience tomorrow morning”. There was a Burnham Beeches brioche loaf made with organic flour from Vue de Monde’s own bakery. There was also Vue de Monde granola, which was unlike any granola I’ve ever had, with a disproportionately high ratio of nuts, just the way I like it. It contained oats, almonds, linseed, apricot, sunflower seeds and honey. They also gave me Vue de Monde’s own blend of Assam black tea, containing citrus and fennel, and lovely to have black with breakfast.

Lastly, I’ll make a quick comparison to Attica, since many of their dishes overlapped in ingredients and style. Unlike Attica, the desserts were equally as strong as the rest of the menu. The tarragon dip at Attica (versus the one here with the mud crab) wins. It’s a tie between the Vegemite scrolls at Attica versus Vegemite and whey-brushed croissant damper here. The lamington here was far better (as it tasted vaguely like a lamington; Attica’s didn’t have enough chocolate).

I developed a fantasy where I decided I want to book their private dining area for my engagement party. Also, note to self: purchase one of their kangaroo leather tables from Captains of Industry when you buy your own home one day.

Tasting menu was $235 for 17 courses and $275 for an extra two dishes (the Kingfish and the ‘cheese experience’ from the trolley). I chose the latter.  The Kingfish wasn’t worth the price, but the cheese definitely was.

Next time: Splash out on one of their impressive-looking cocktails. 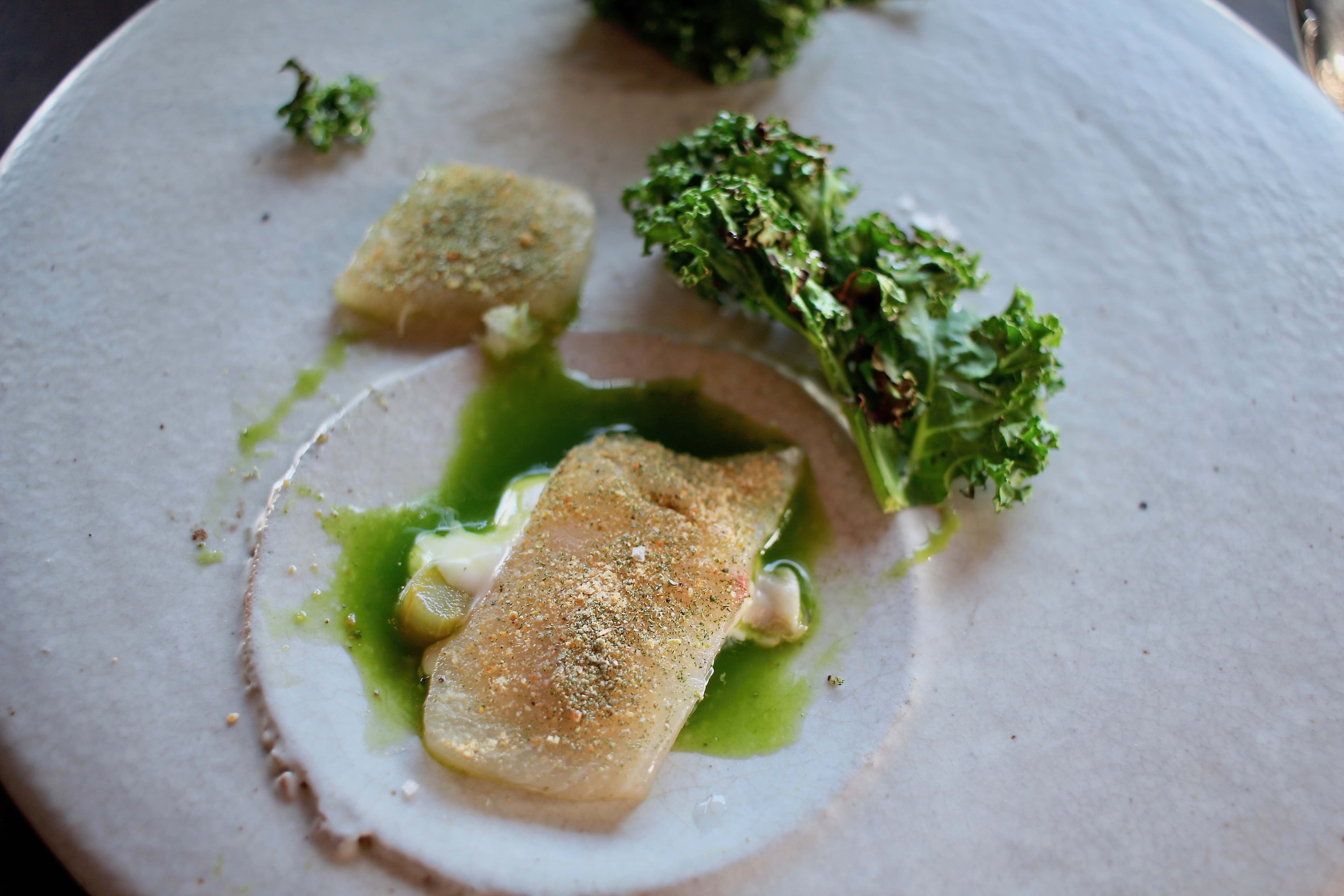 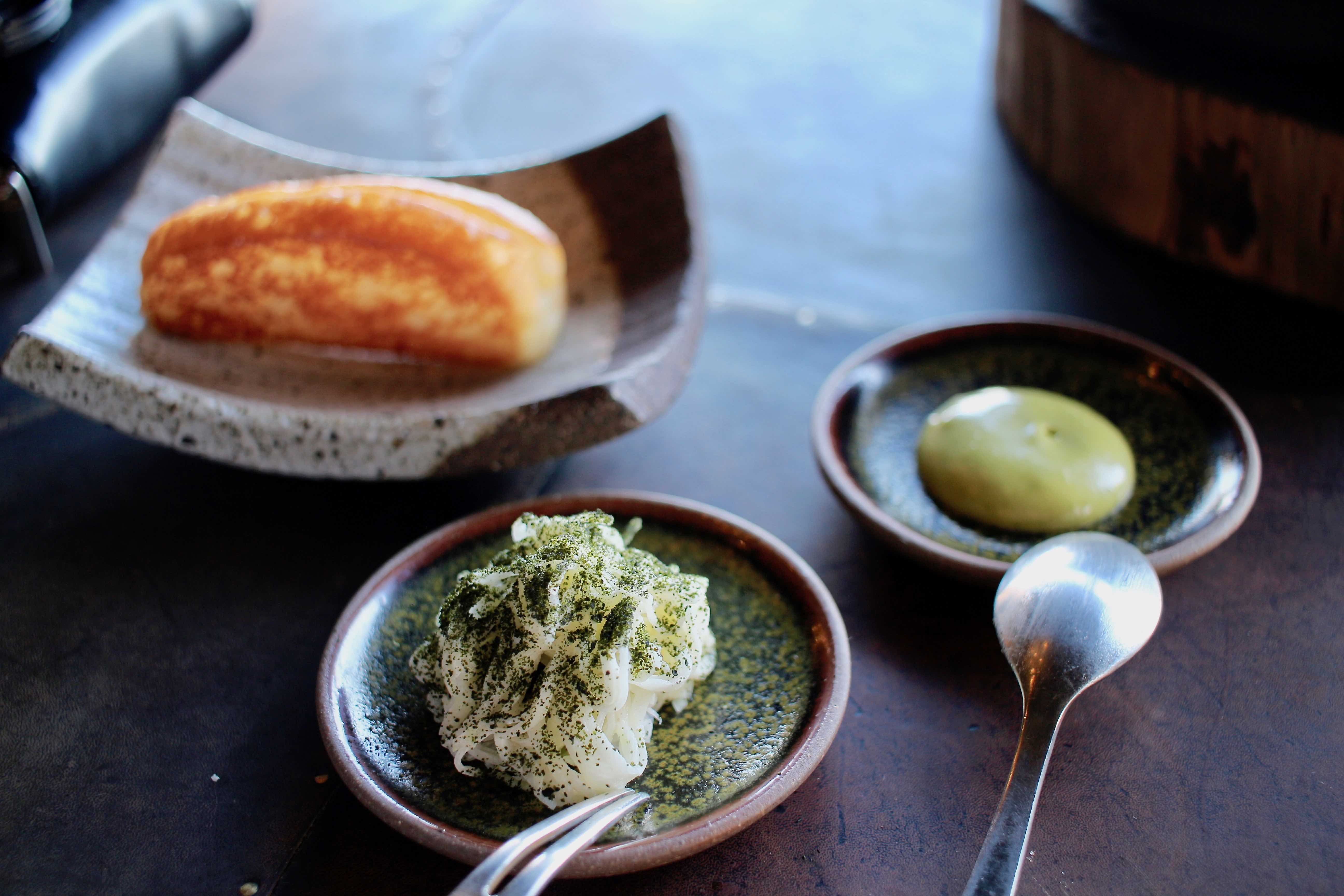 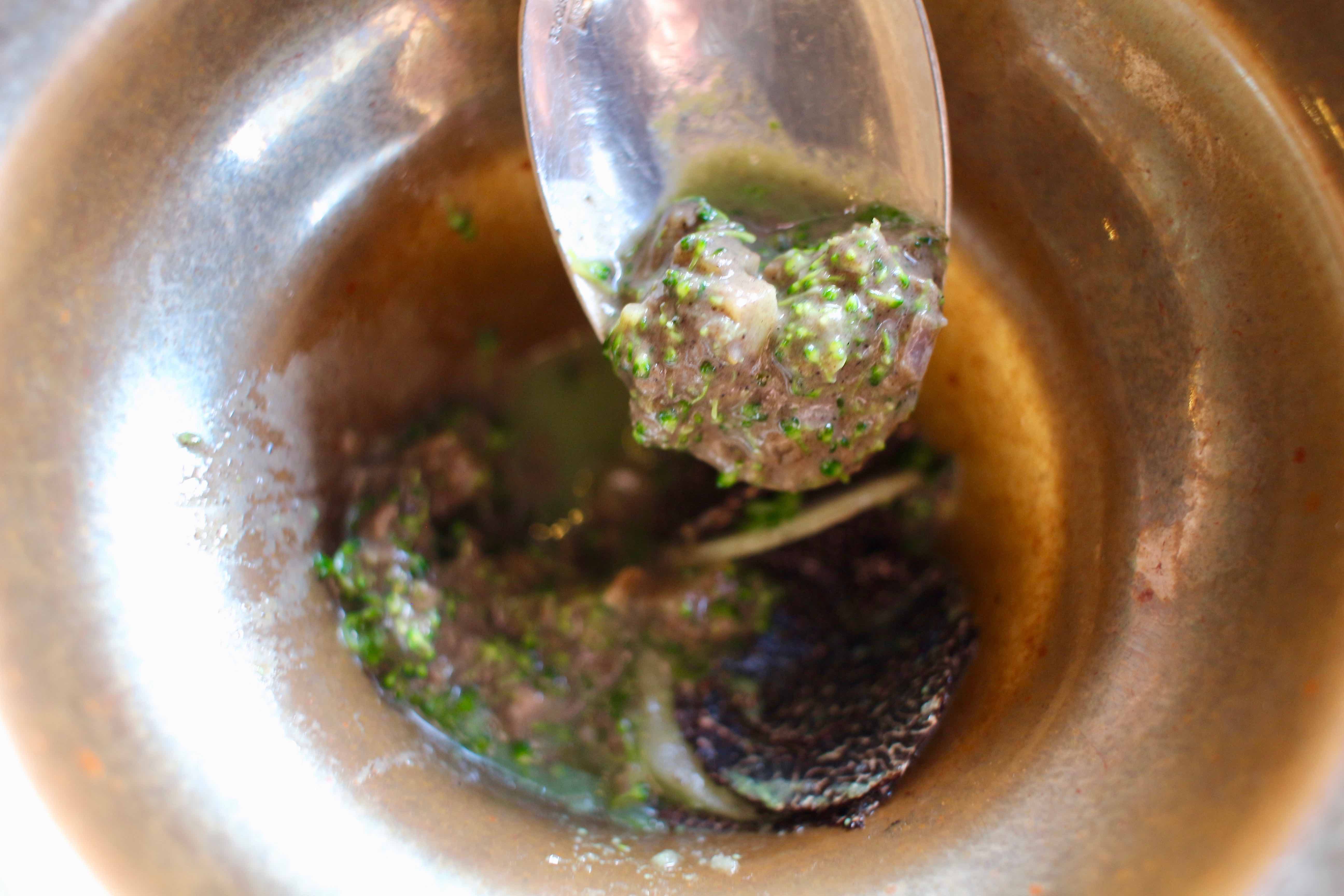 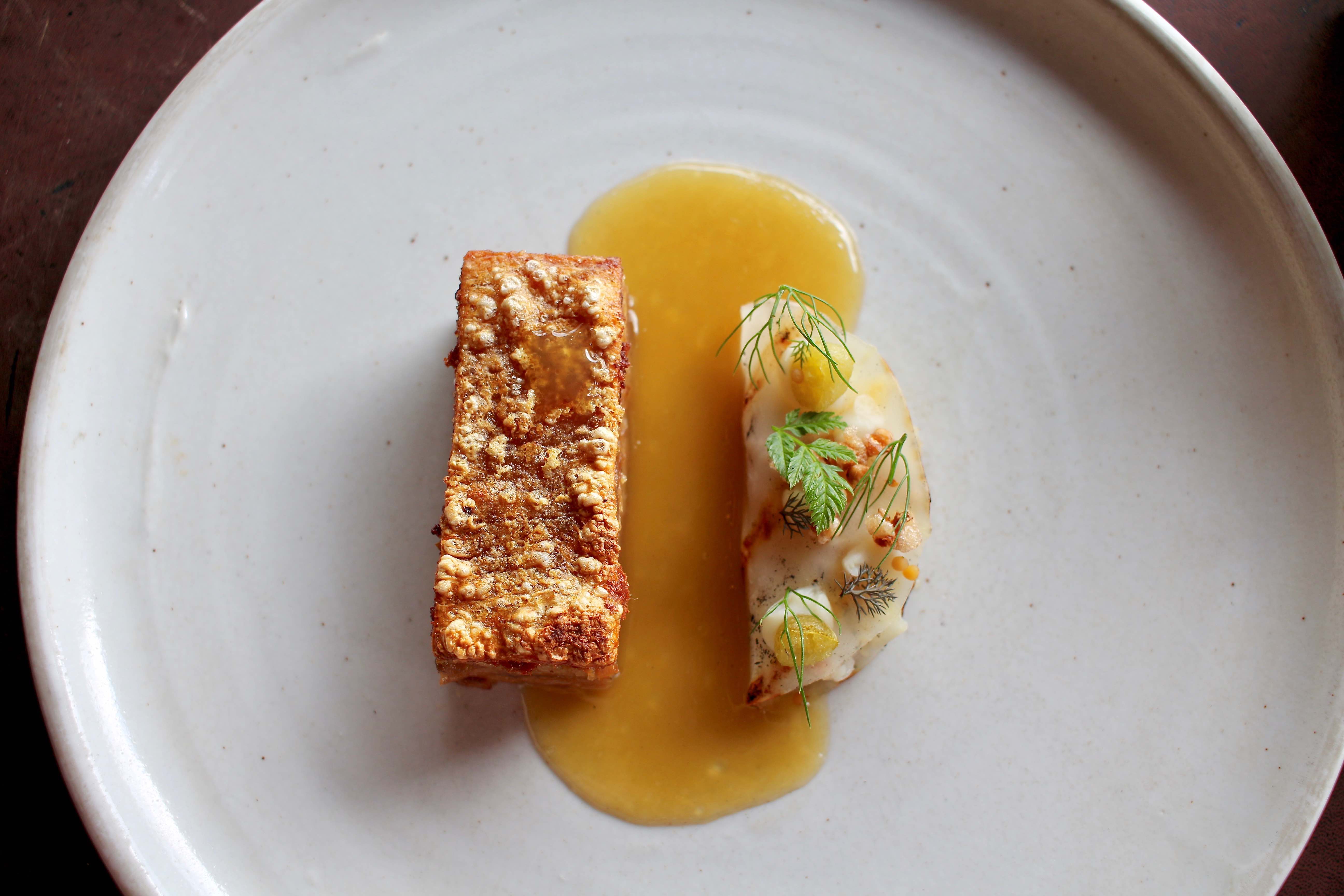 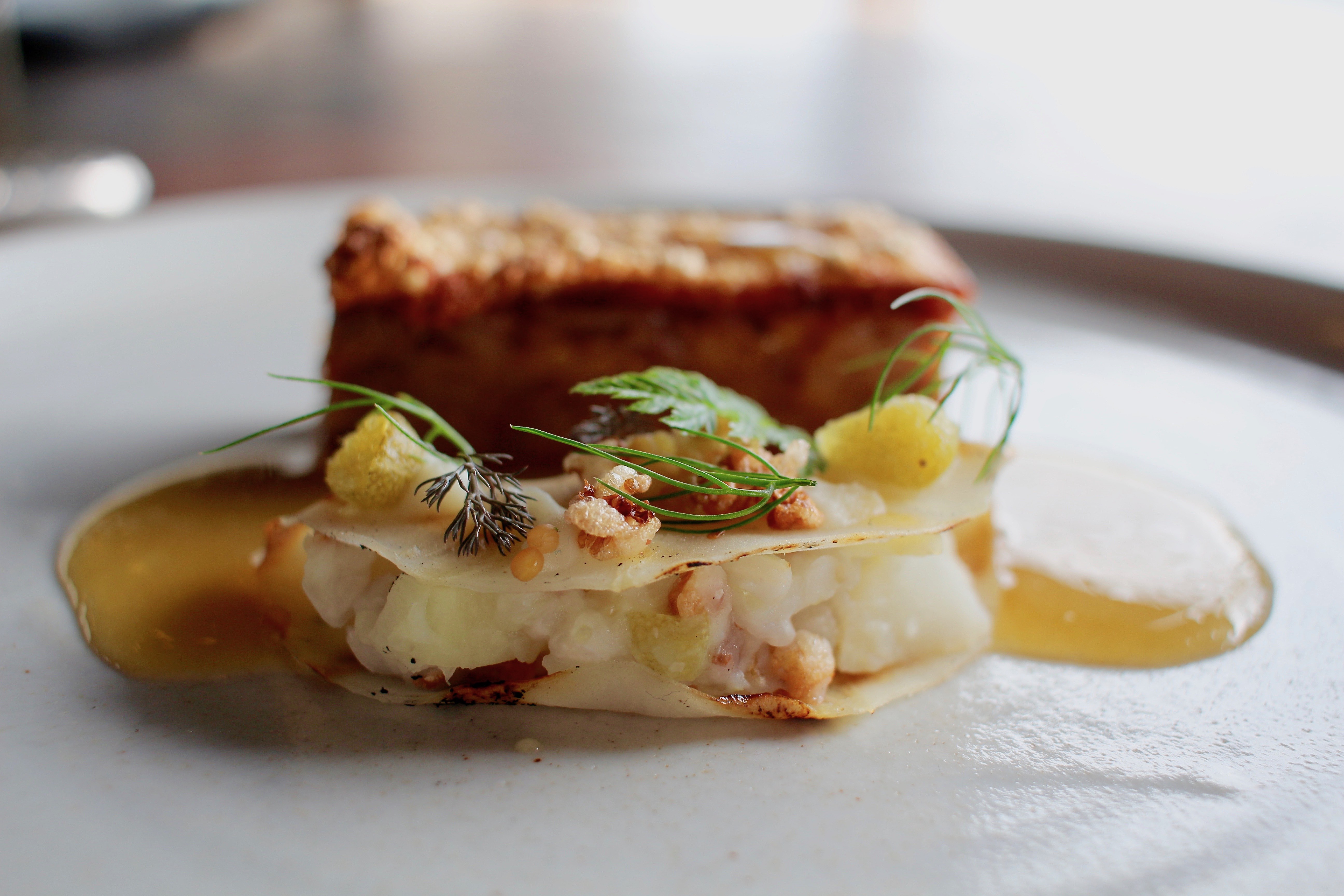 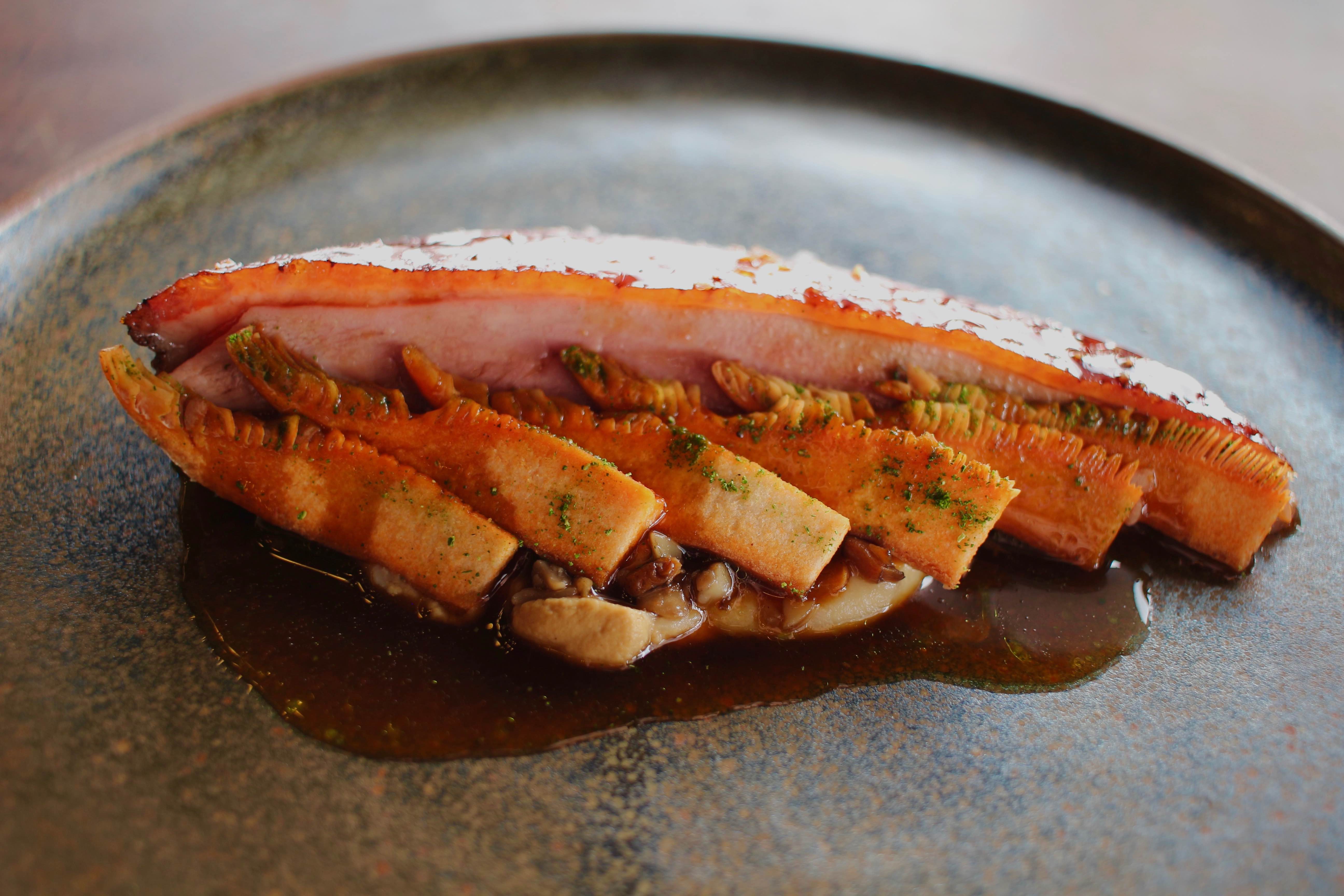 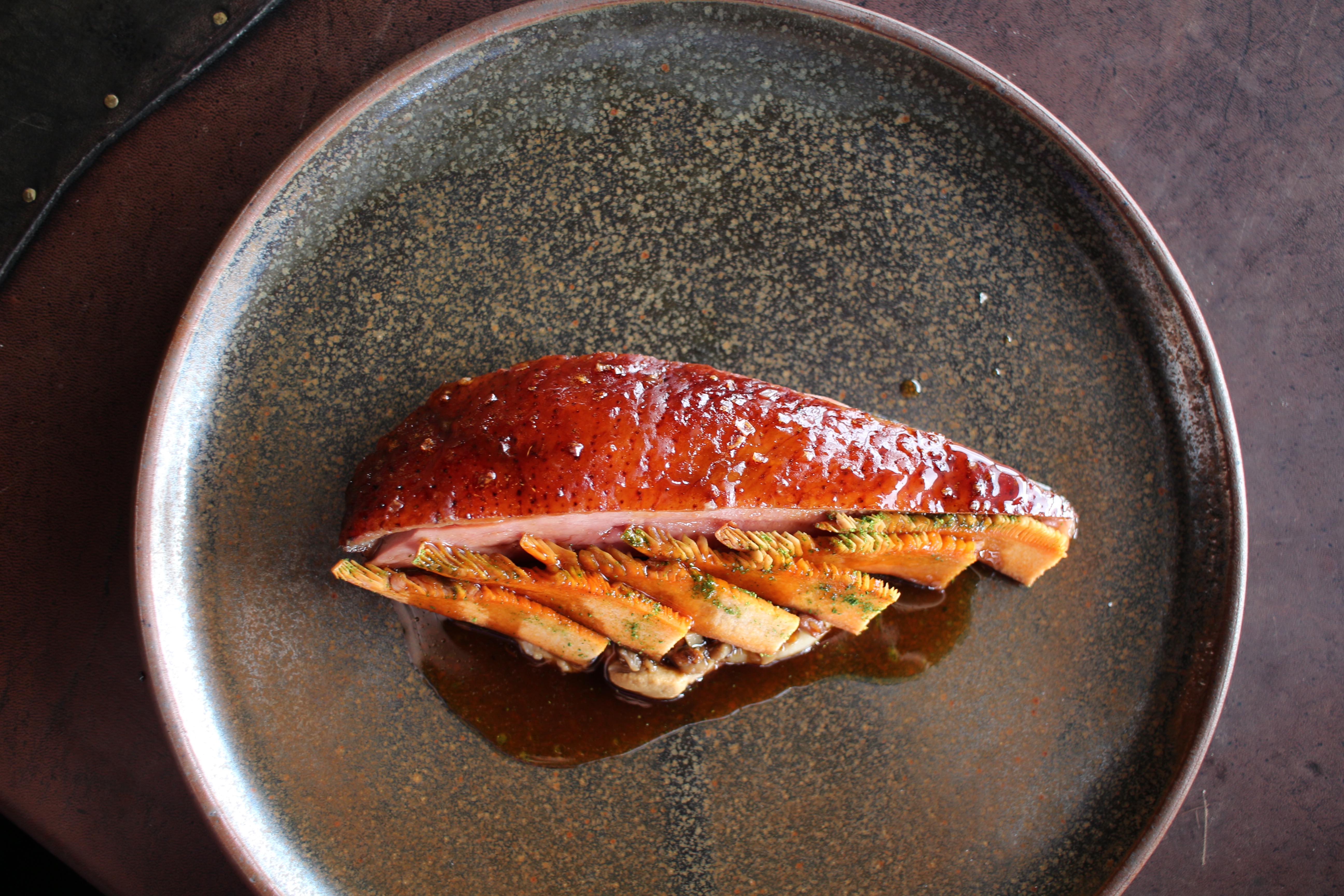 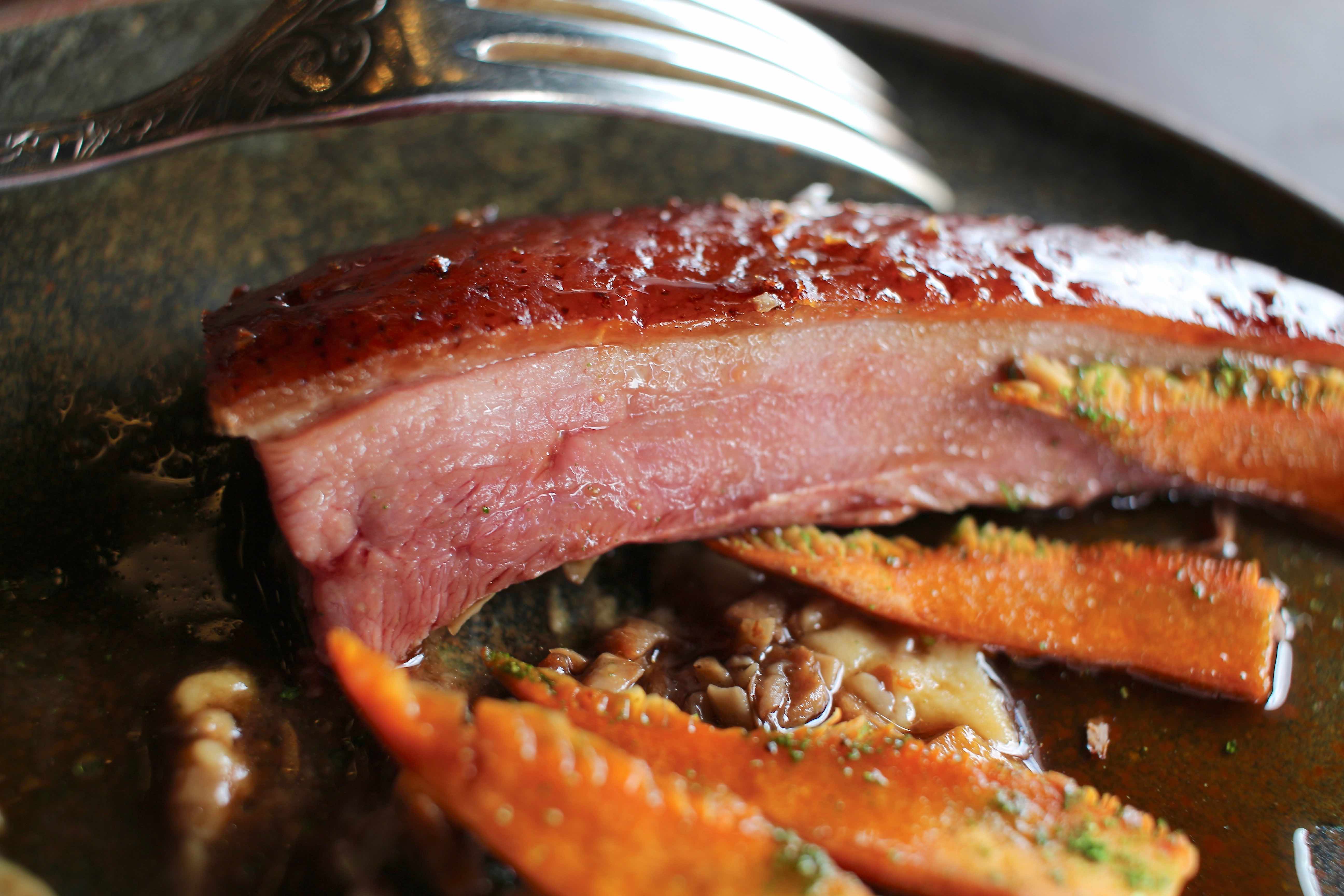 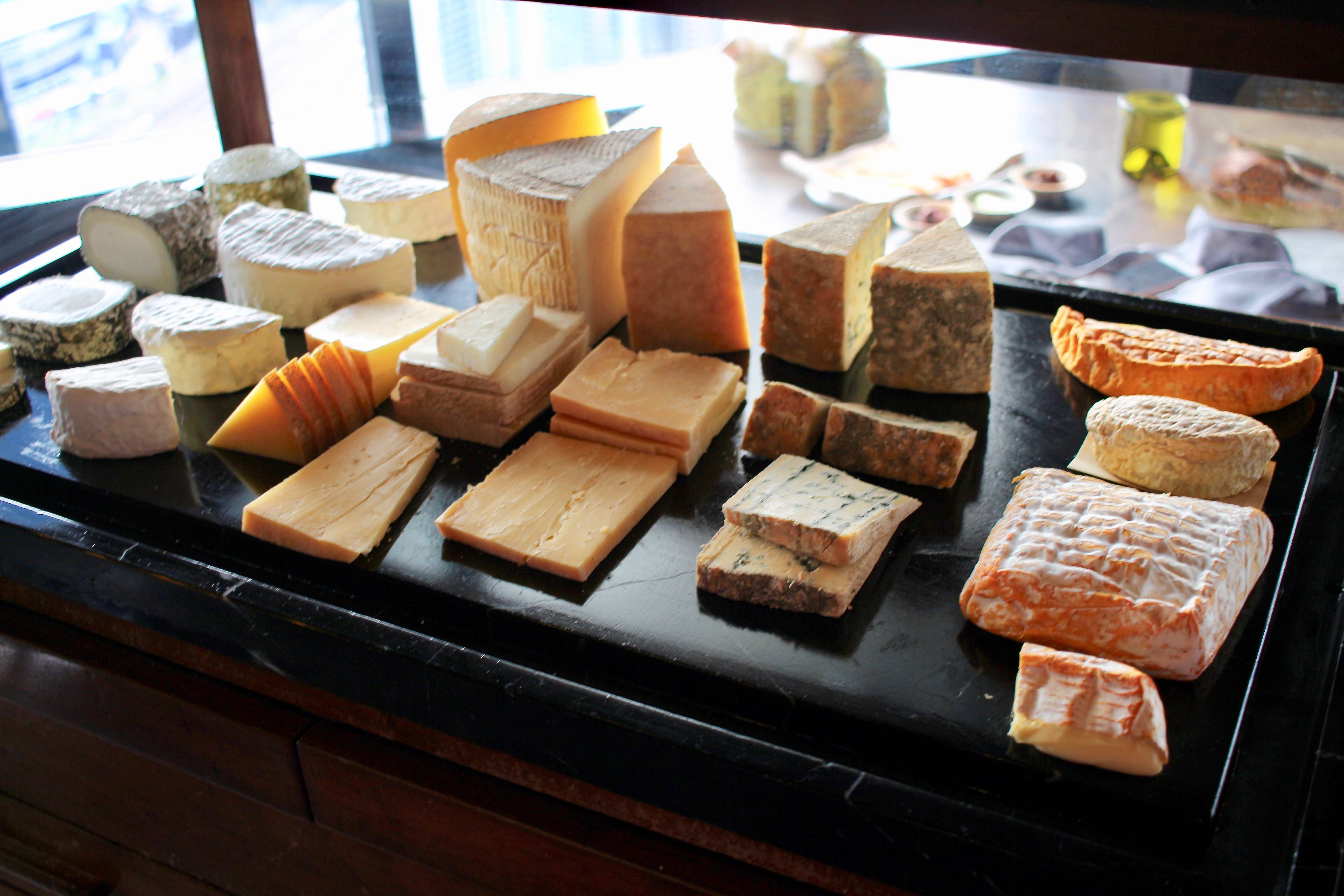 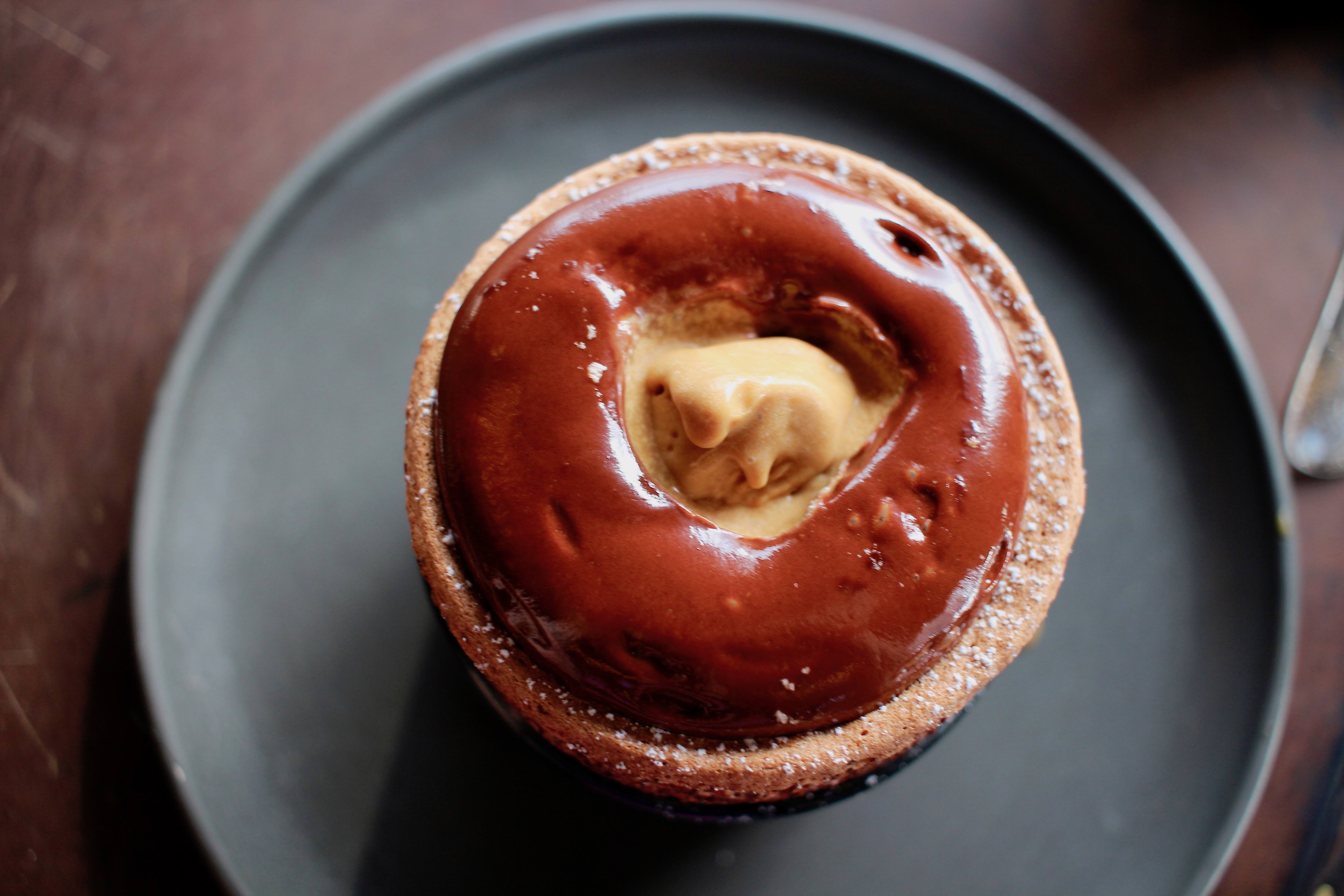 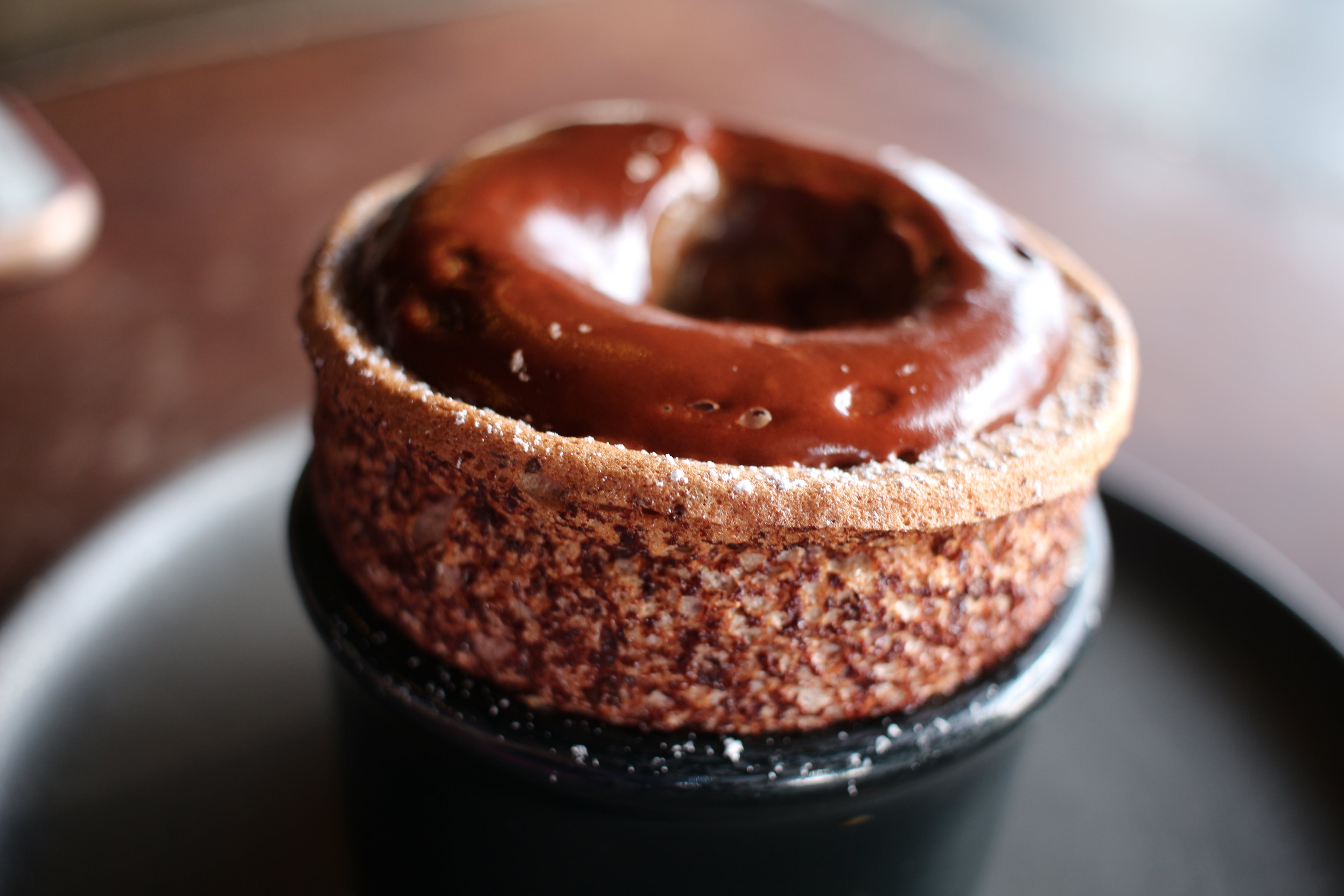 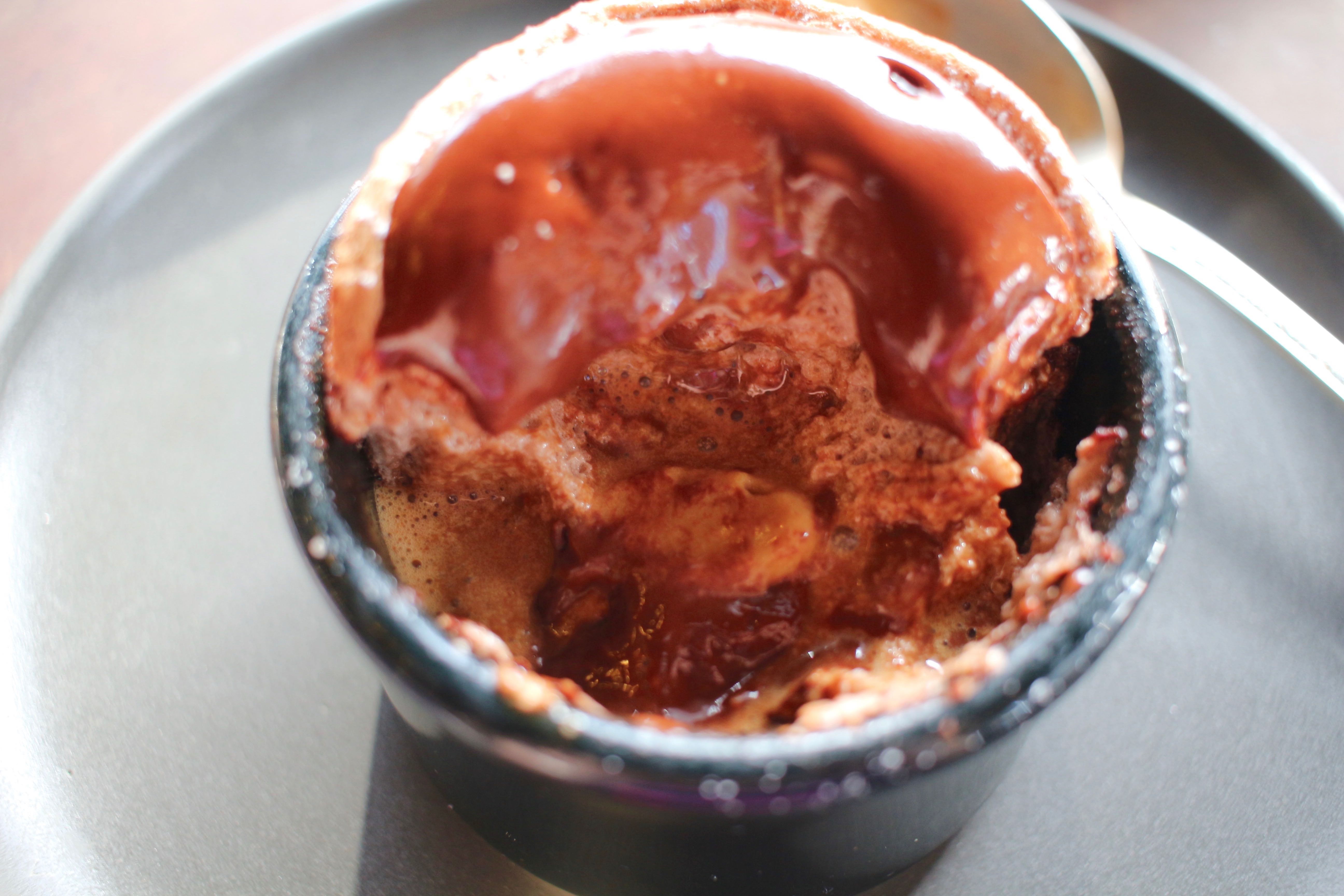 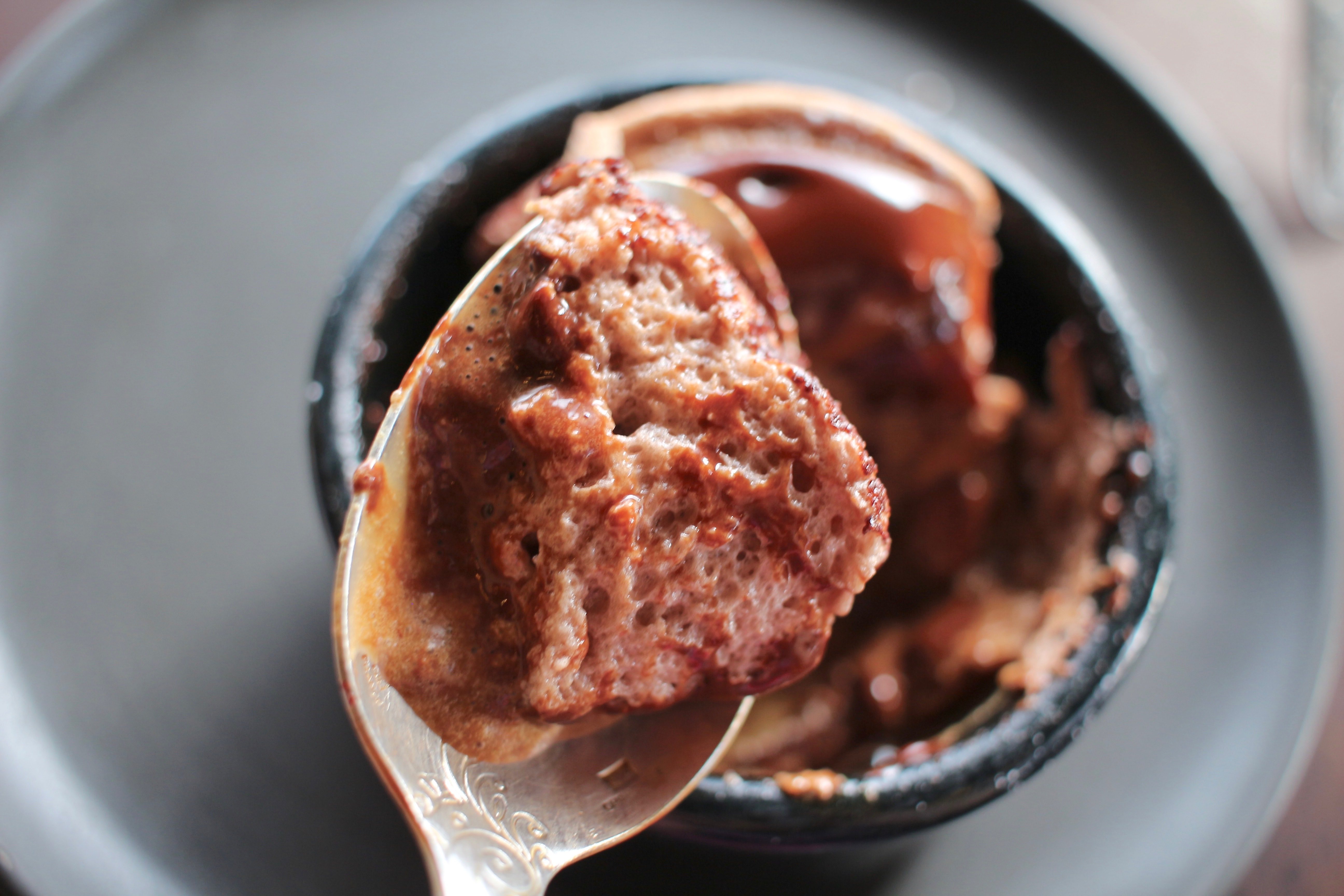 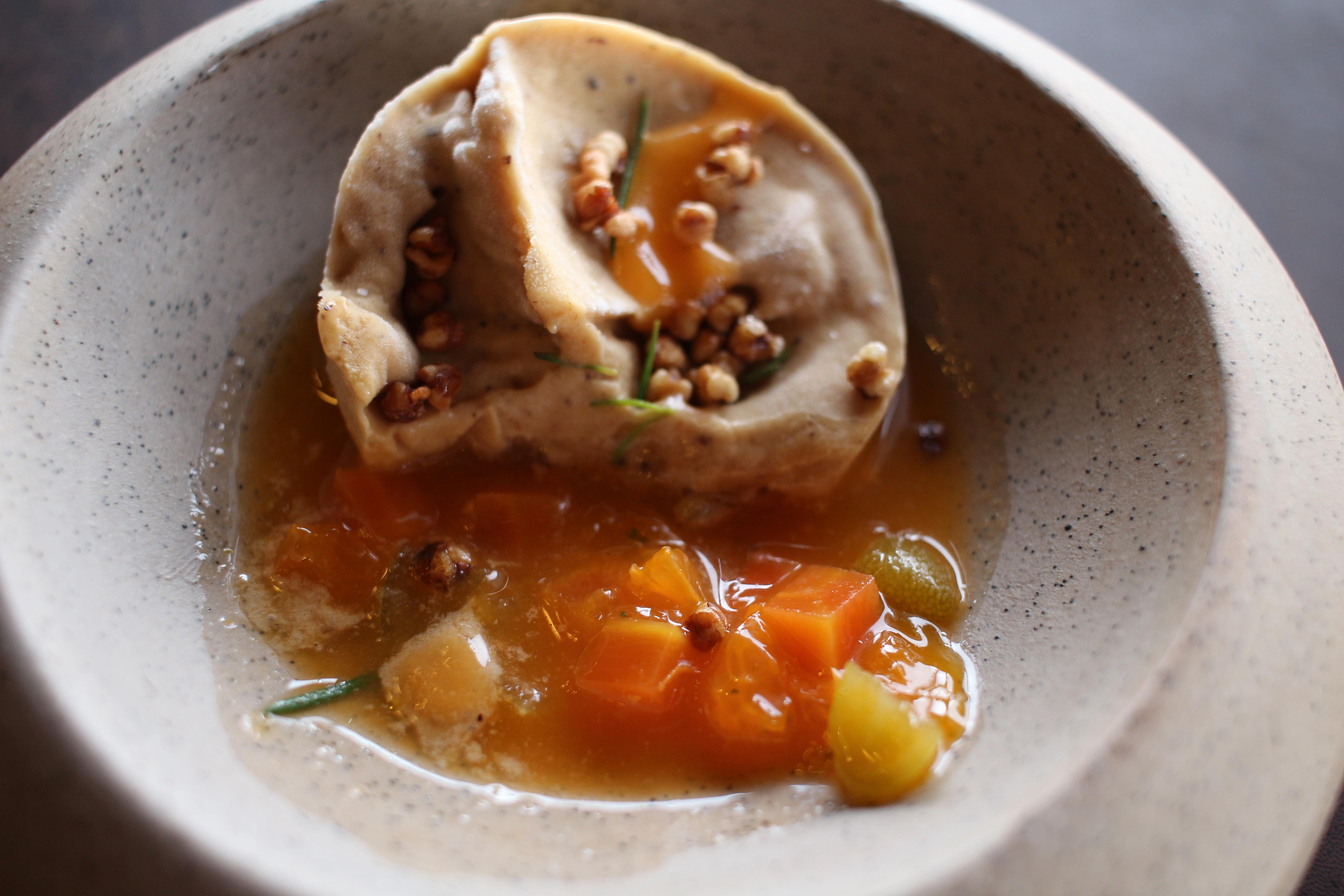 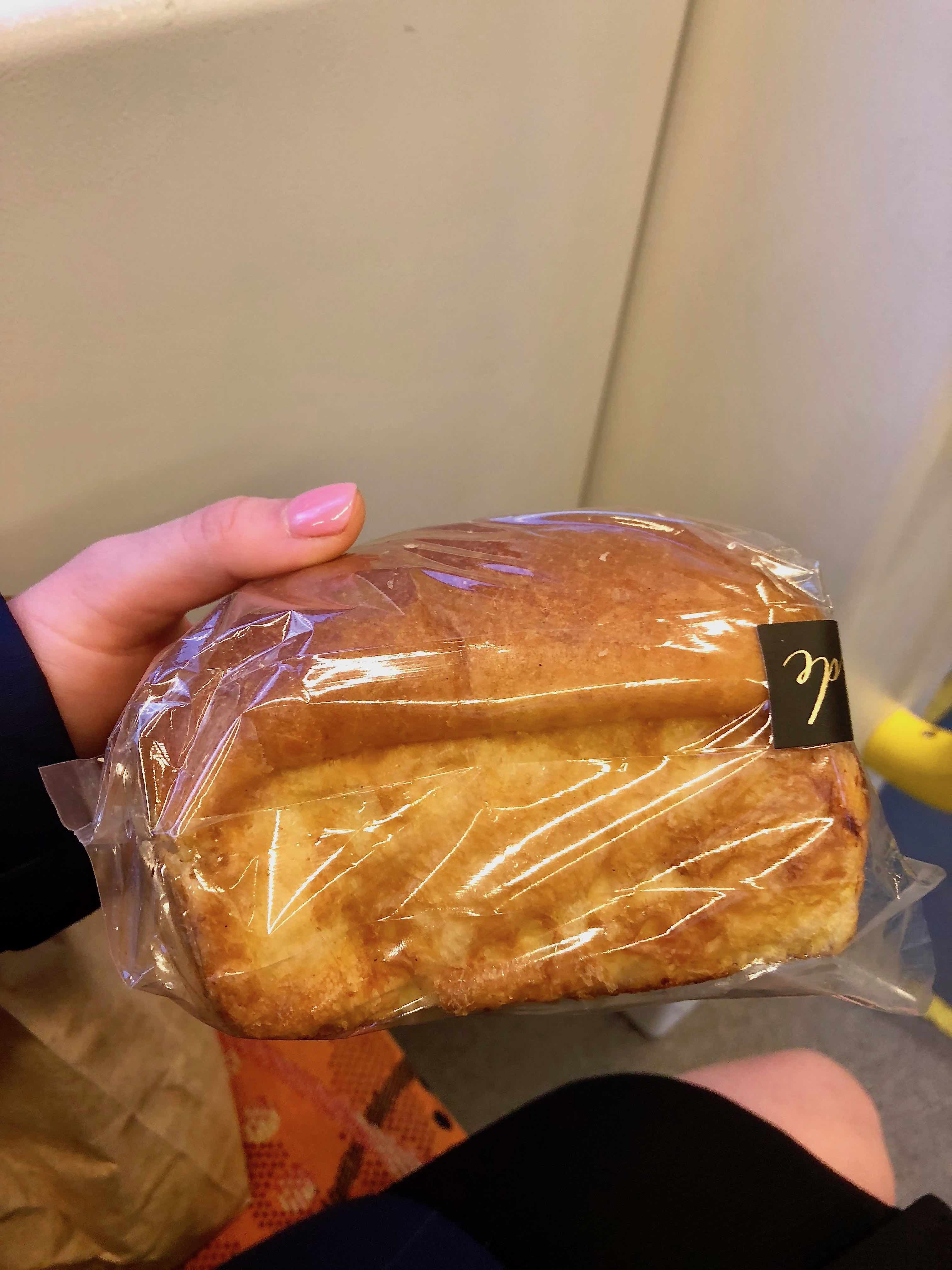 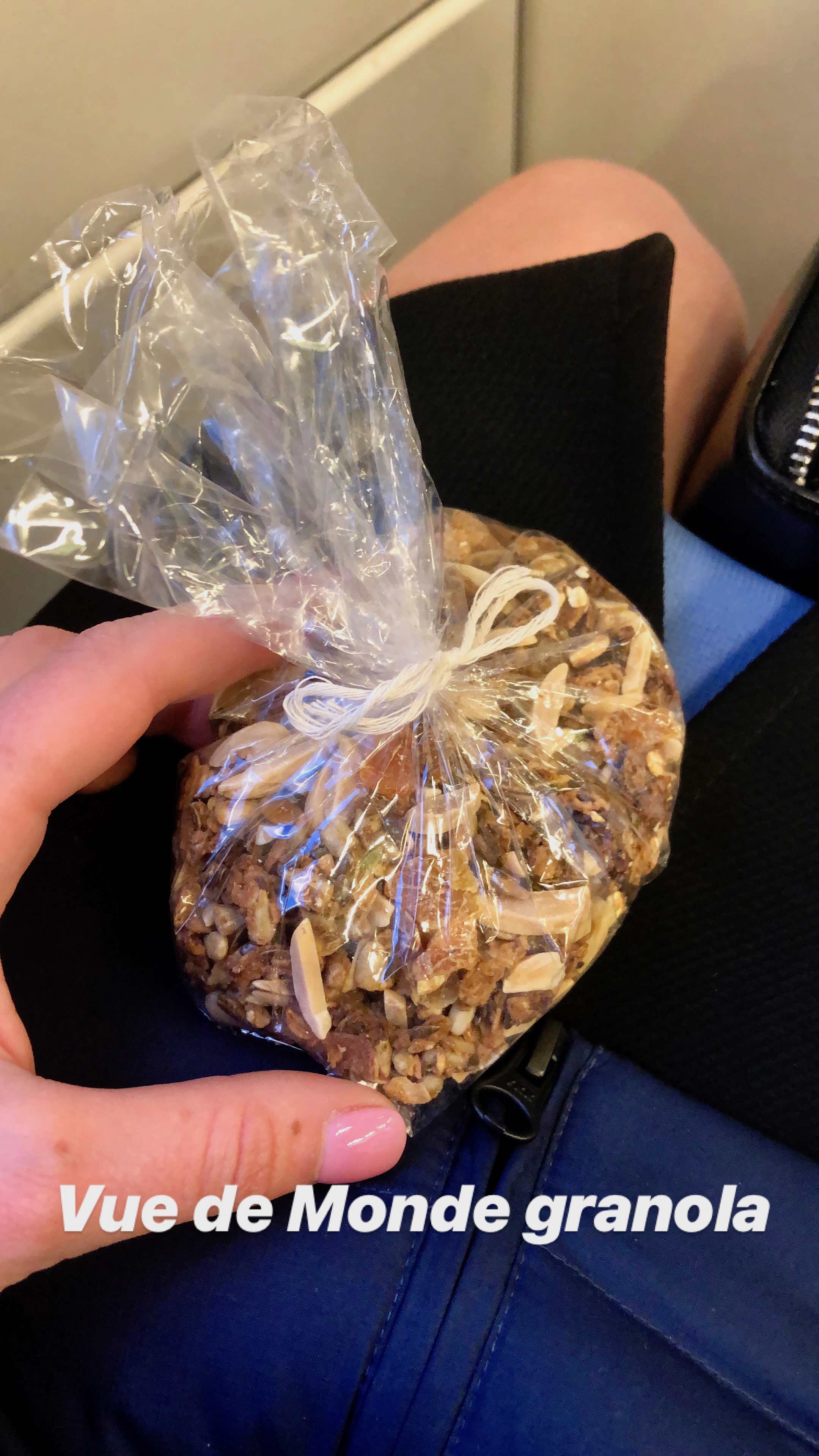