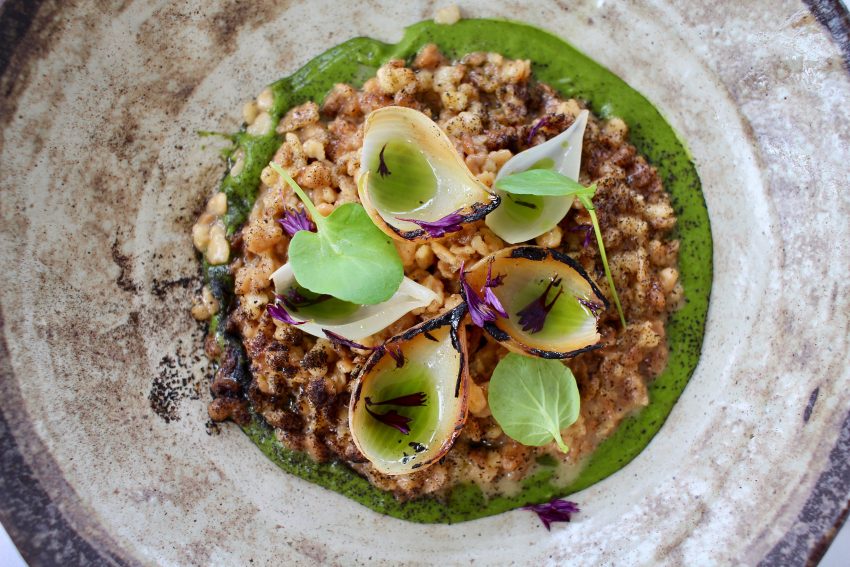 MUST ORDER Culurzones (if you haven’t tried them before); risottata
VALUE 8.5/10
AMBIANCE Beach-backed indulgence
SERVICE Ideal
WOULD I GO BACK? Definitely. Especially good for couples

I absolutely love the fit-out of this restaurant. The fabric on the chairs was very comfortable for a long lunch, and we were seated in a sunroom overlooking the beach. The blue and white striped uniforms of the waiters was fun, and there was definitely a sense of teamwork among the staff.

The dish descriptions on the menu are refreshingly detailed and there is a wide range of options for all moods. I also like how, unlike many exclusive restaurants, they confidently offer both a set menu degustation as well as an a la carte menu with the same options. They’re not saving exclusive dishes only for those who can stomach a degustation. The kitchen are prepared to cater for you.

The eight course degustation cost $154, plus ‘free’ bread to start and one ‘snack’.

The ‘bread’ to start with was a bit disappointing, as it was just a couple of super thin, oily, herbed crackers. Apparently it’s traditional Sardinian bread, but I felt like a fine Italian restaurant should serve something generous and fluffy. Don’t get me wrong, though. I ate every last cracker crumb.

We ordered extra oysters to start, which were absolutely superb and I would highly recommend (even as someone who rarely orders oysters). They were served with lime and roe, with a pleasant zing.

Smoked mullet and celeriac ‘panada’, horseradish, apple, cucumber and dill was absolutely superb. The green apple dressing and mustard seeds really lifted the dish. This sort of play on a tartare has become an essential expectation on any trendy degustation menu, and it’s usually a highlight. It’s hard to go wrong with the classic fresh formula: raw fish, some crunch, some light herb/s, a creamy element and a fruity element. This was no exception.

The culurzones ripieni di ricotta is a ravioli of ricotta, mozzarella, grapefruit, sea urchin and salmon roe. Pilu takes a traditional Sardinian dish into the realm of fine dining. The last time I had culurzones was in Sardinia, filled with incredible aged blue cheese and creamy mashed potato. This version lacked the flavour punch of a sharp cheese, but I absolutely loved the squid ink flavour of the pasta and the freshness of the grapefruit.

Hand-rolled fregula risottata, pearl onions, leeks and wild garlic was my first taste of risottata, which is a risotto cooked in a broth (here, a wild onion stock). The fregula brought a nutty flavour to the dish, and the chive oil that was pooled in the pearl onions gave it a superb freshness. The sheep’s milk pecorino and leek powder were subtle but appreciable additions.

Cone Bay barramundi was served to us with a delicate combination of sea herbs, baby turnips and a killer smoked ham consommé poured into my plate by Giovanni Pilu himself. The garlic cream was insane. I asked them how they achieved the slightly aged flavour of the barramundi, which is apparently brined in salty water, wrapped in sea herbs and dried in the sun to get that crispy skin.

Melanda Park free range oven roasted suckling pig with condiments is said to be Pilu’s signature dish. The crackling has an incredible puff. It looks like fried bread. It’s made by separating the crackling from the fat, so that the crackling is a dry chip on its own. This is the way it’s supposed to be cooked (in MasterChef 2018, Gordon Ramsay criticised cooks for not separating the crackling and the fat from the pork). However, I agree with Adam Liaw, and I prefer my crackling with some fat connected to it for that moisture and flavour. I thought the pork here was a little dry, and this was my least favourite of all the dishes. Nonetheless, when I attended an ‘Ormeggio versus Pilu’ dinner, where Pilu served this dish again (called Sardinian suckling pig with apple and fave e lardo), I much preferred it. It was super moist, and there was fat under the crackling. It’s a dish Giovanni’s dad makes when it’s snowing in Sardinia. The highlight of this second version was the fave e lardo. The latter is a terrine made from the pig’s legs, braised with pig’s head, broad beans and little fatty offcuts. It’s cured and preserved, with potato cabbage, almonds, currents, and served with sauce made from the pig’s bones. This is a Sardinian version Saint Peter’s whole-animal philosophy. Pig-to-trotter ethics.

Paradise pear with pistachio portadelli, green tomato and mustard has a strange sweetness that I’m not entirely sold on, but it’s still such a flavoursome and elegant dish.

We also ordered the optional extra course, Pecorino al Tartufo (about an extra $25), which is truffle-infused sheep milk cheese. This was such a good decision as the cheese was super strong and melted away on the tongue.

Pimm’s No. 1 Cup is a glass full of candied Pimm’s granita and strawberry comsommé. Such a positive surprise. The lemon and mint went so well with cucumber.

‘Seadas ripiena’ di ricotta is a Sardinian pastry filled with ricotta and sultanas, served with local honey. I loved how it was warm so that the honey had a low viscosity. The pastry was not soft and not dry, with a lovely hint of orange. The honey comes from a farm in French’s Forest. After so many savoury options, I would have preferred a non-cheese-based dessert at the end, but this was a lovely individual dish.

A second Pilu dish I had at the Ormeggio collaboration dinner was a beetroot and mirto cured kingfish with sheeps yoghurt and shiso. It was very pretty, served as a rose. The kingfish is cured in Sardinian liquor (mirto) made from native juniper berries, sliced finely and marinated in beetroot. The beetroot powder was an aesthetic touch. Both of us liked the generous amount of fish on the plate, but thought the beetroot was overpowering. It needed more citrus and more crunch.

My friend ordered the premium matching wines as well (an additional $145). For three of the wine-matched courses, a fly flew into his wine glass. We had to keep asking for a replacement glass of wine, and we felt bad. They kindly conceded. It must be hard to manage the flies in summer, dining at the beaches.

Food at Pilu is some of the prettiest I’ve ever had. Some ingredients really had no purpose on the plate, but everything was so elegant, backed up by flavours, albeit quite light and subtle.

The whole experience was beautiful, even on an overcast day. We went for a swim at the beach afterwards. I’d definitely recommend a visit for a special occasion.

Pilu is located on the beach at Freshwater. 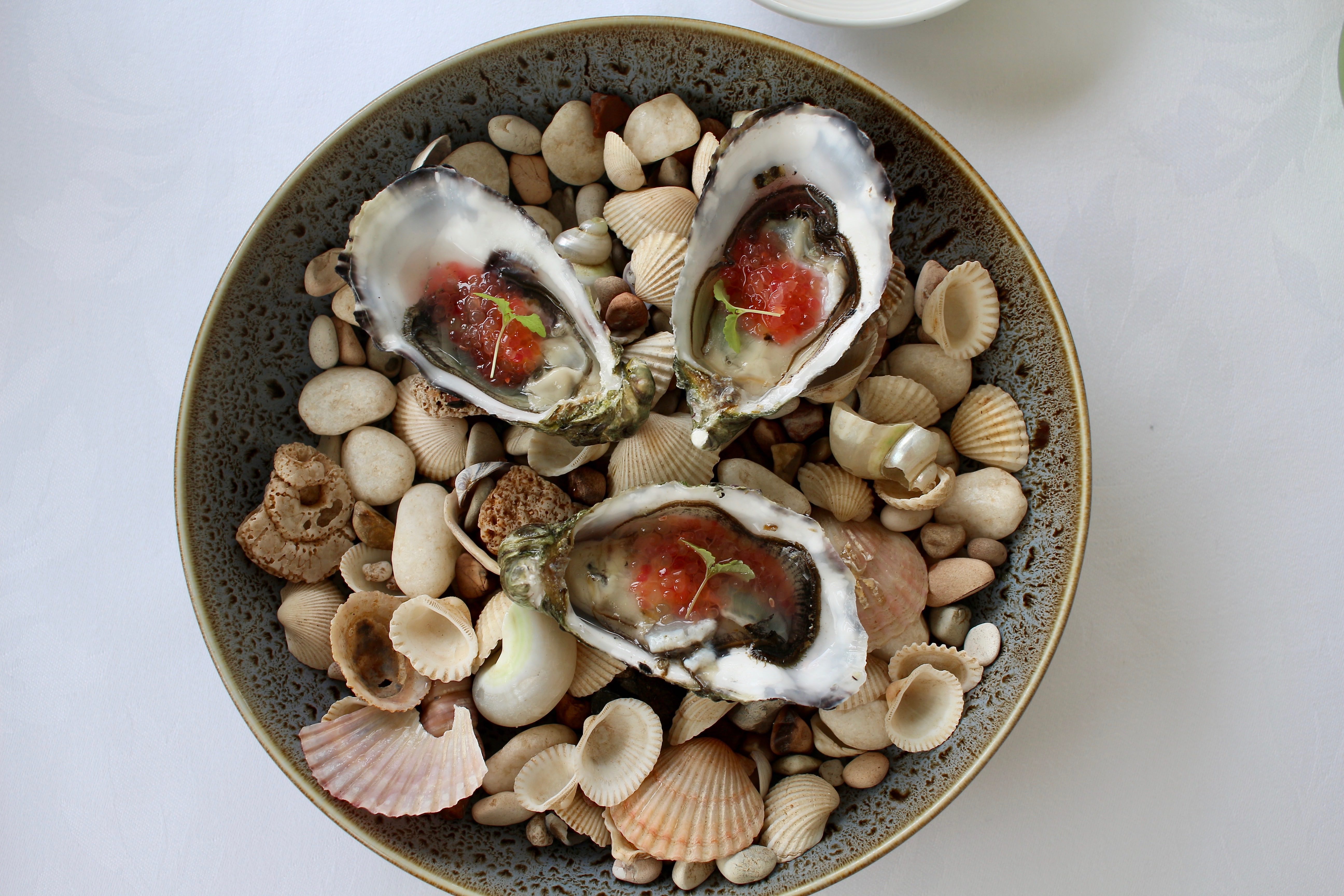 Culurzones @pilurestaurant // Sardinian food for me is even better than Italian food. Thank goodness Giovanni Pilu brought it to Aus properly. Sardinian ravioli is one of my favourite dishes of all time. These particular ones are filled with ricotta, mozzarella, grapefruit, sea urchin and salmon roe. Delectable. Could have a stronger, more aged cheese flavour as an improvement. #sydneyeats #sydneyfood #sydneypasta #ravioli #sardinianfood #culurzones #pilu #piluatfreshwater 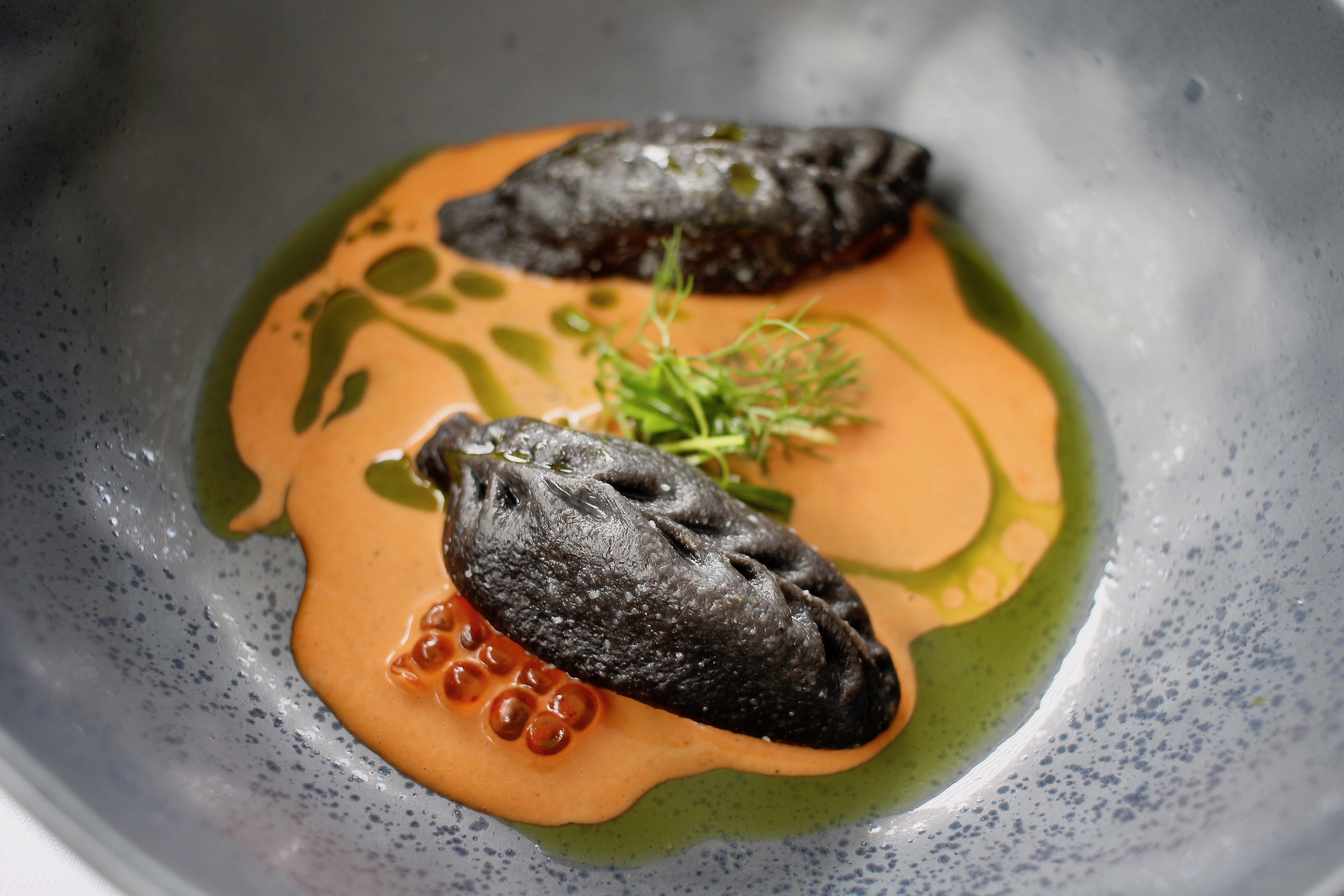 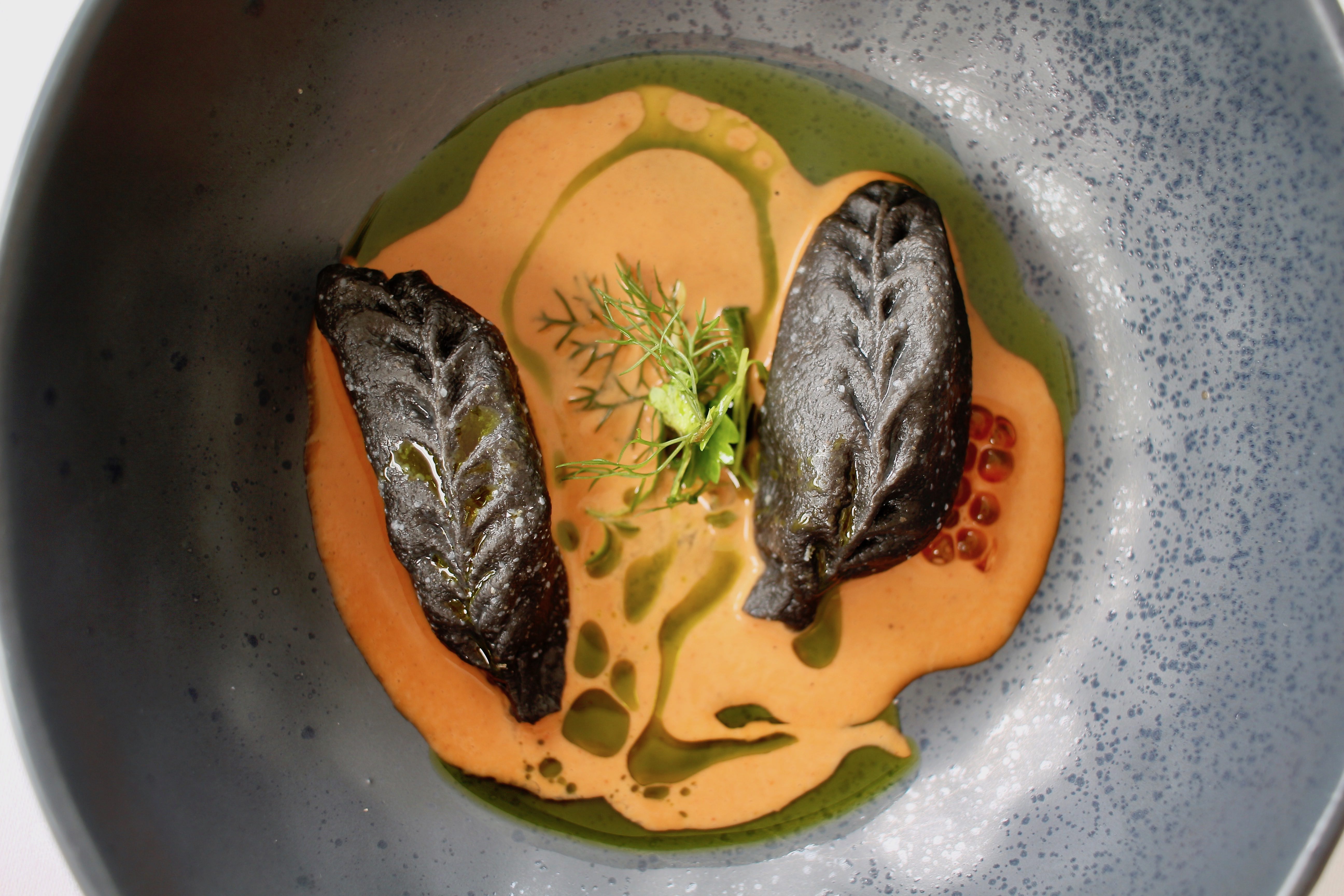 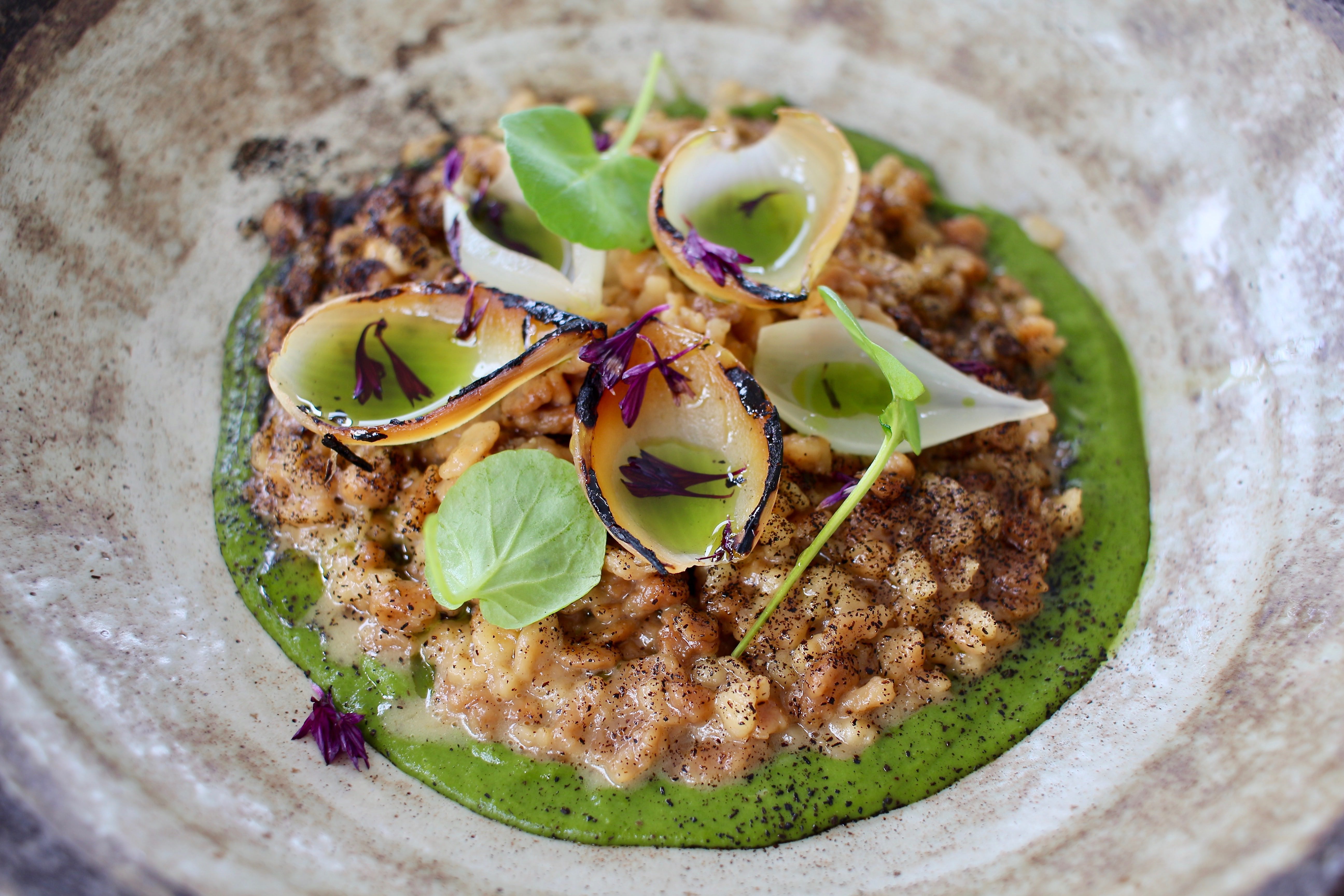 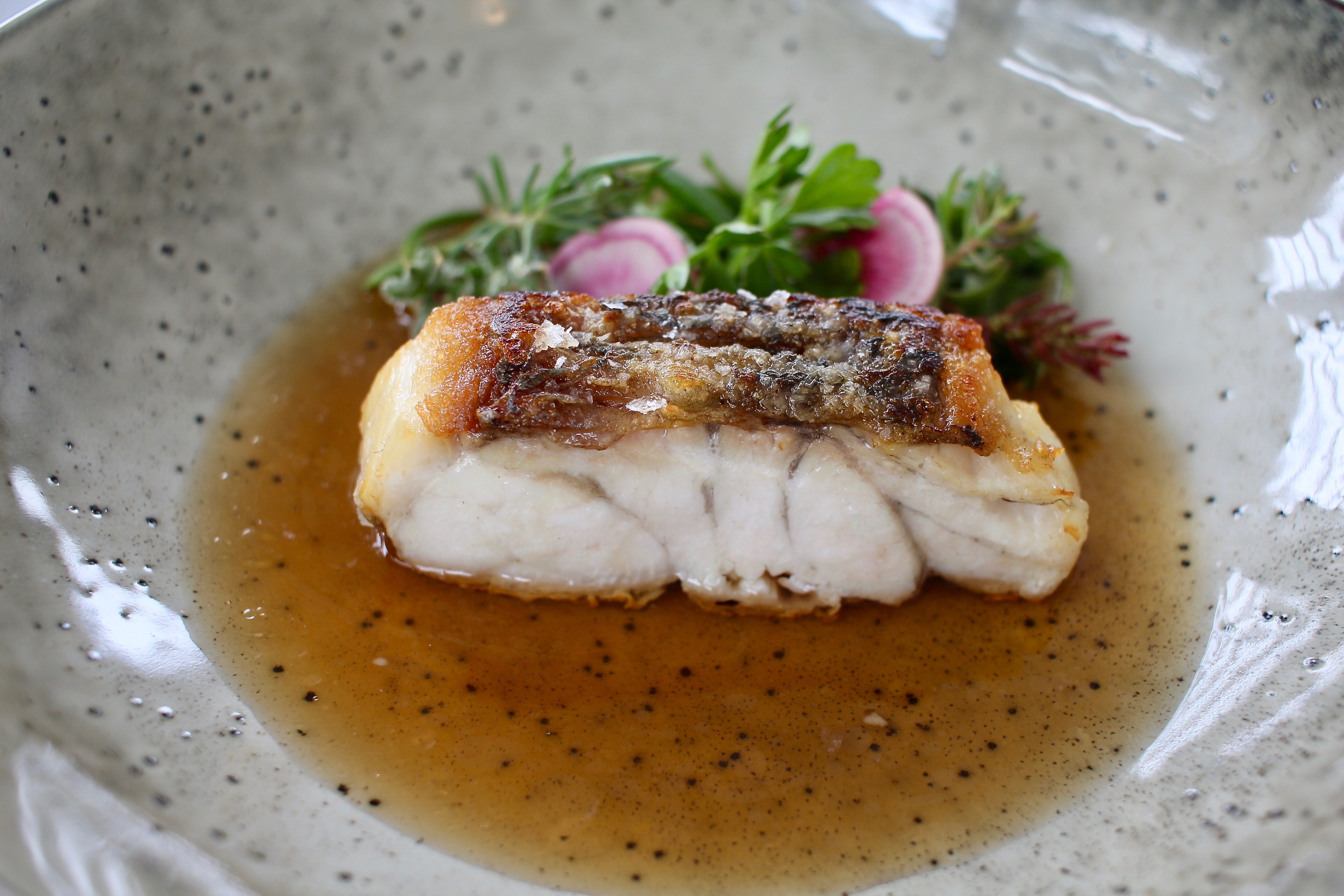 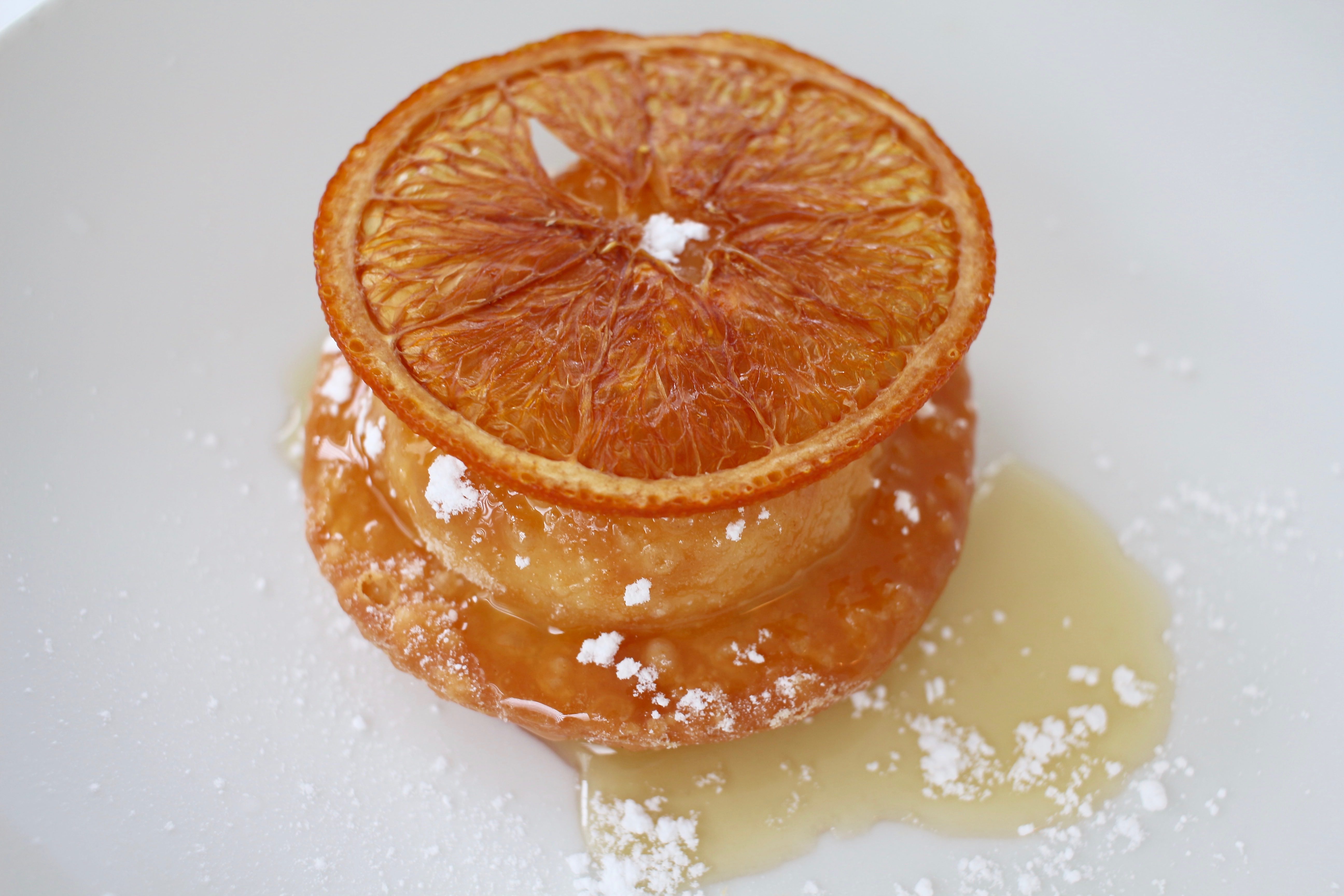 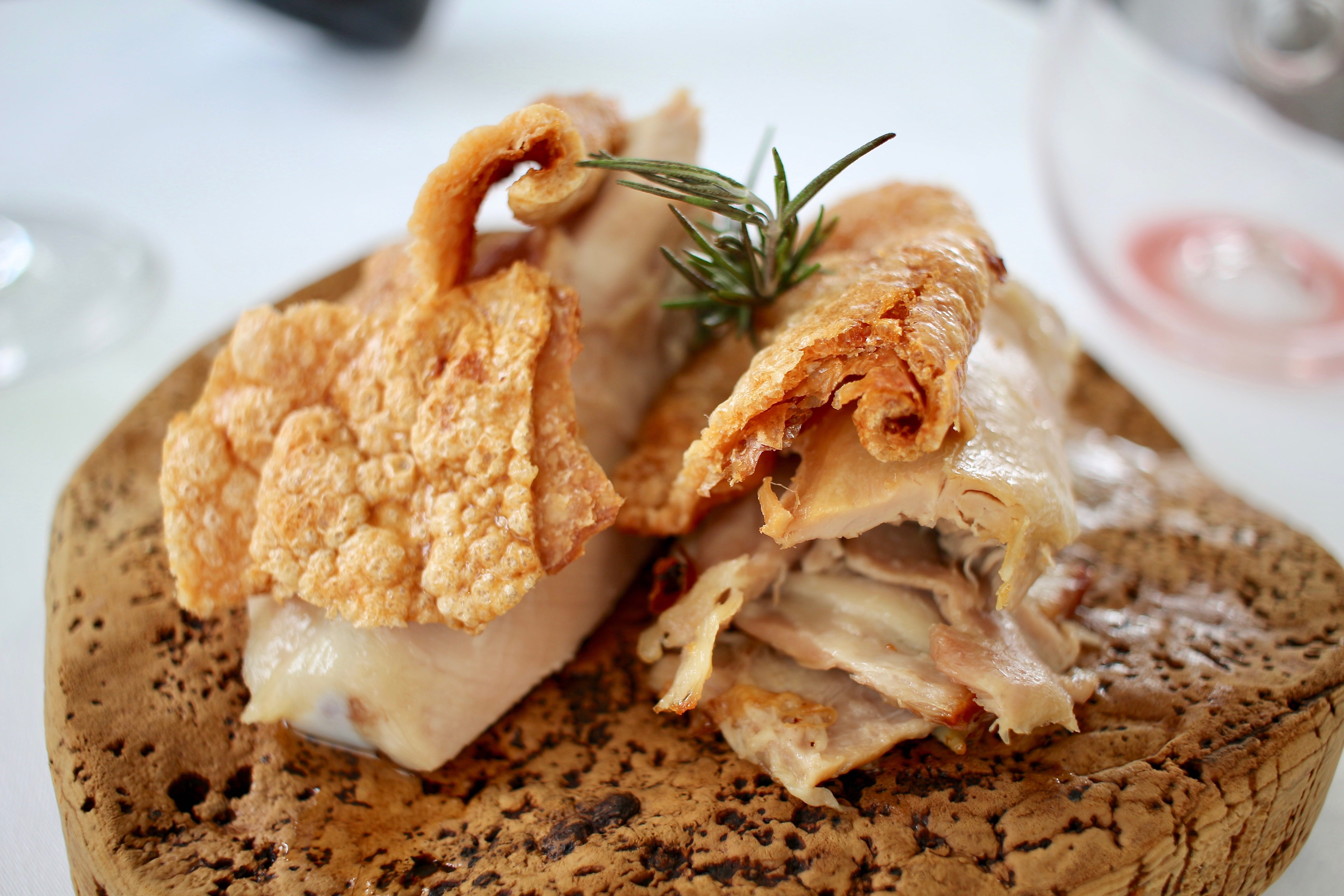 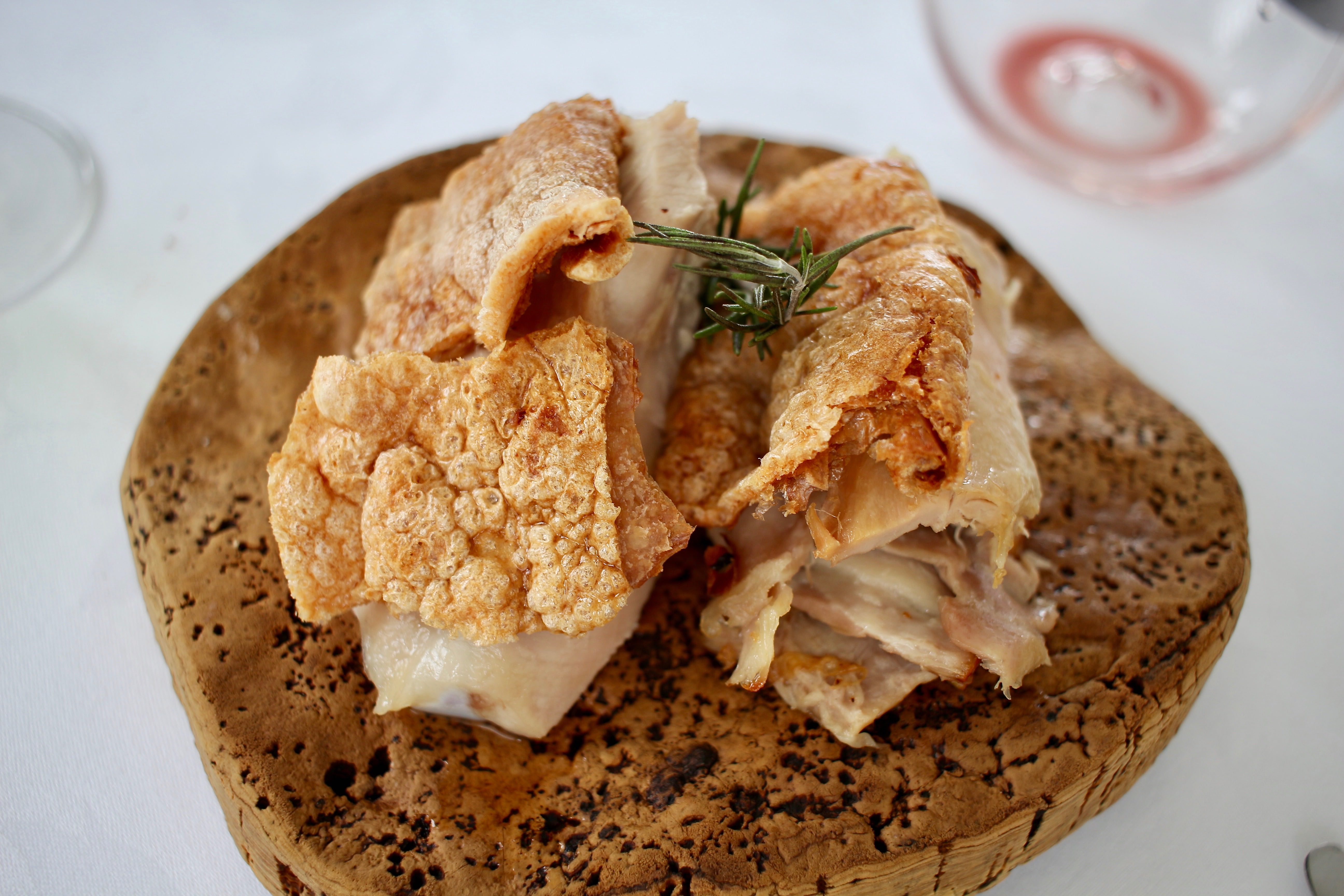 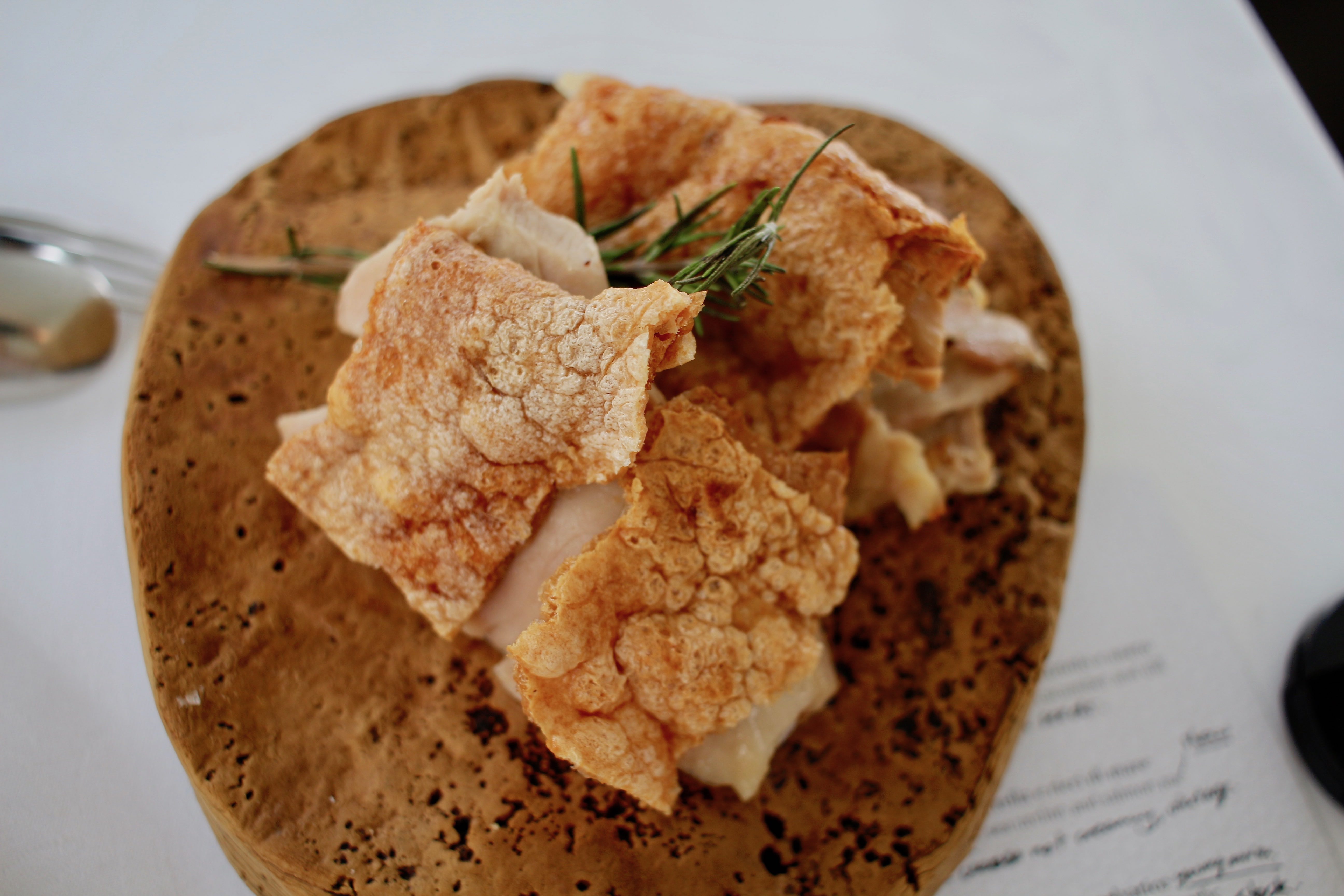 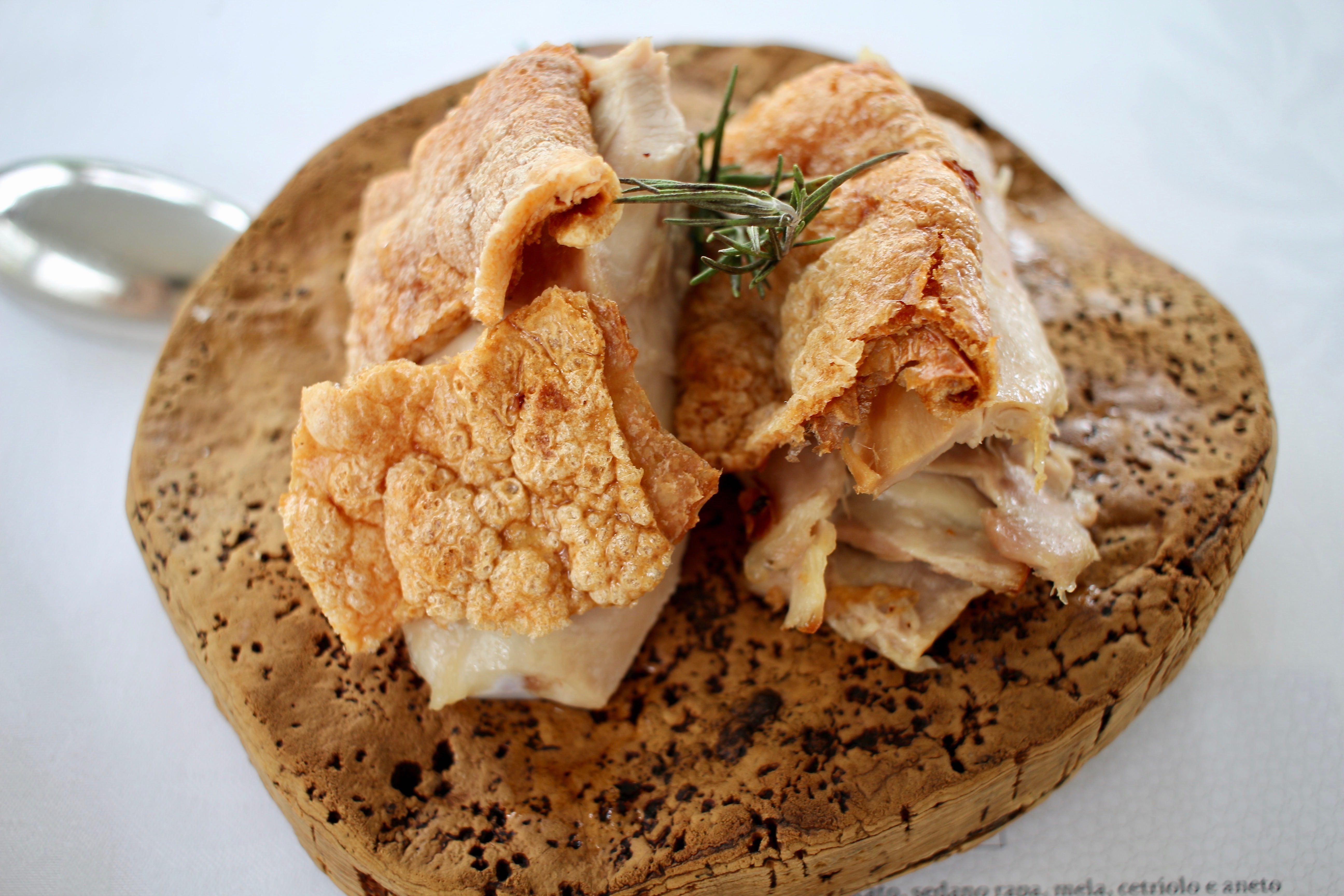 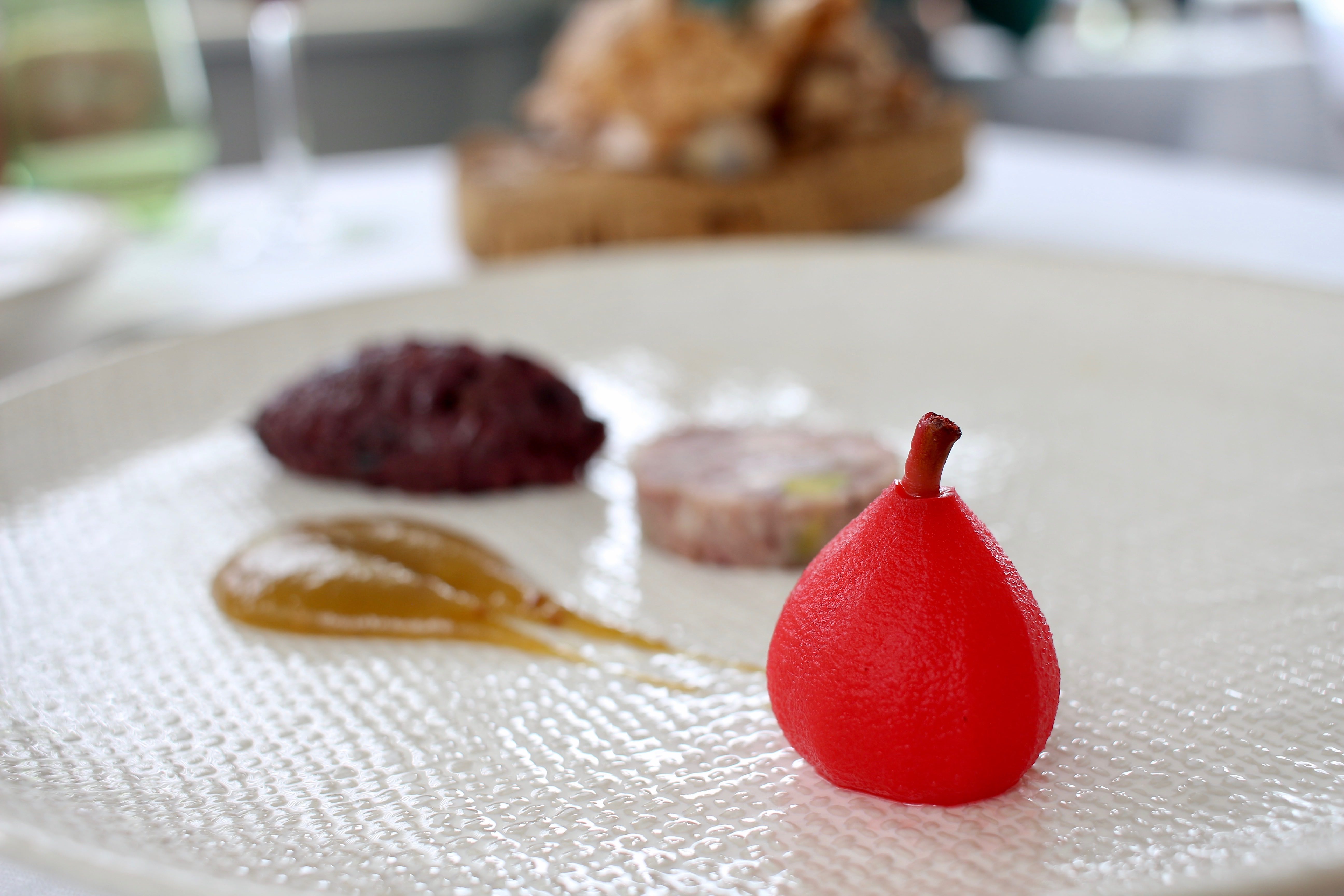 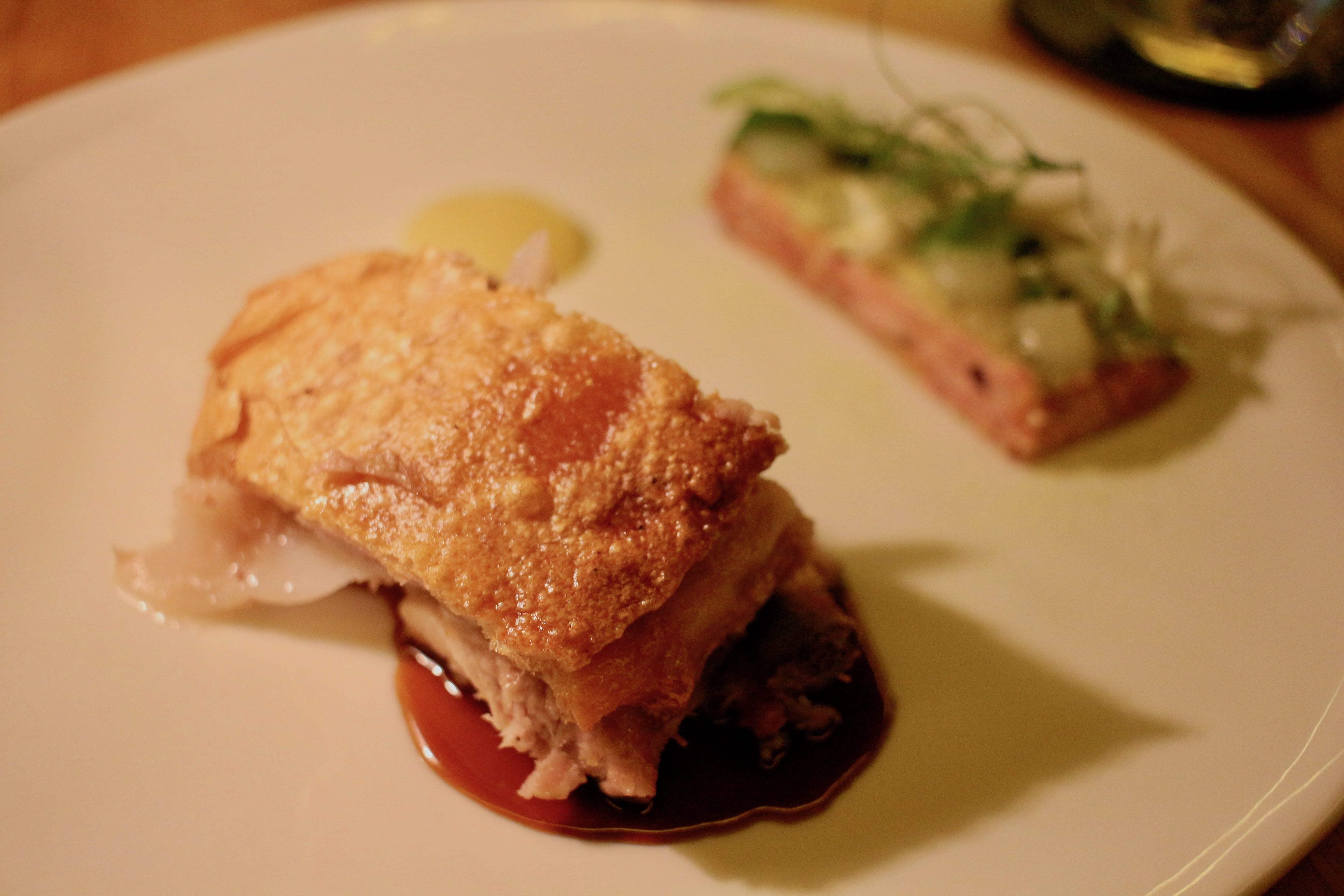