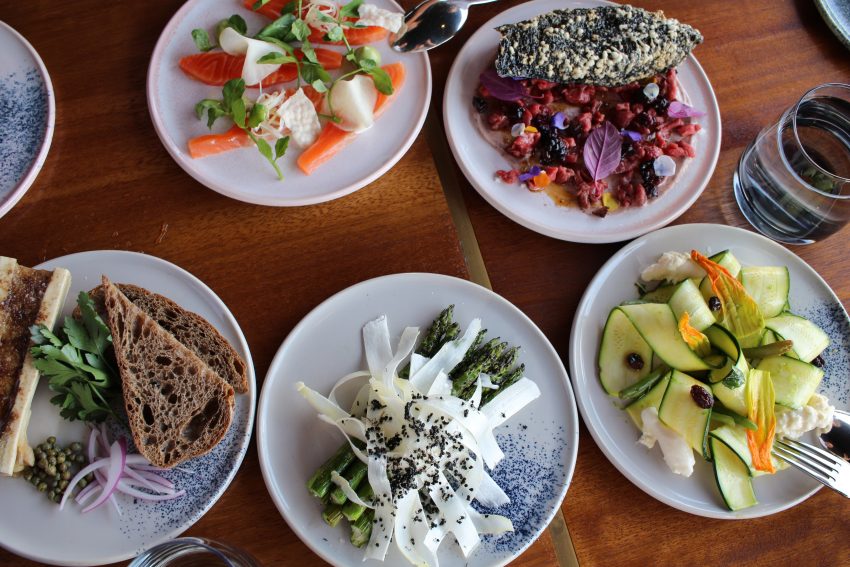 Fresh, small, sweaty and Australian. Barangaroo House is the place for after-work schooners and cocktails.

ORDER The bone marrow
VALUE 7/10
AMBIANCE Blazers-off business drinks
SERVICE Attentive
WOULD I GO BACK? For drinks and a snack

Since it first opened, Matt Moran’s Barangaroo House has been pumping on unexpected weeknights. It can be hard to get in the door around five to seven o’clock on Fridays, and the House Bar on the ground level seems to be regularly bulging capacity. Maybe it’s just the music, but it feels like they’re expecting customers between 20 and 30.

The design is immediately impressive. You walk up from Wynyard station and think: “Wow, what is that?” The wooden stairway, ceiling sculptures that look like giant dried-up palm tree skins, the sleek bathrooms…it’s as impressive as Aria, but somehow captures the Australian bush.

As with all three levels, there are two major issues: sun and sight. The afternoon rays are absolutely searing, forcing people to reluctantly retreat from the breezy outdoor tables. On the second and third level, the arching design of the dome’s edges come up to eye-level, just blocking the view for more petite punters. The tables and chairs outside were far too high for their level of stability, made with metal wire. With such sleek design everywhere else, they should reinvest in lower, more comfortable seating.

Smoke is the ‘rooftop bar’ on the third level of the building. Both times I’ve visited, I waited at the door to be allocated a waiter. Both times this struck me as a bit strange for a bar, meaning it feels a bit stiff, exclusive and restaurant-y. If your babysitter is otherwise occupied, you’ll be redirected to wait until she’s not. You’ll also cop an 8% service charge without exception, which should really be limited to peak periods, or parties larger than four.

Chef Cory Campbell is the man behind the three-tiered tower, sending out bright, beautiful and simple plates of food.

Who can go past a Moreton Bay bug and calamari skewer? Three for $22 was a bit excessive visually, but the flesh extended widely enough around the skewer and was not chewy or burnt, dusted with a welcome zesty rind. It was difficult to distinguish the bug from the calamari, so make sure you are a fan of the latter.

Bea, the restaurant on the second level, has a lot to offer if you’re taking a tourist around Sydney on a summer’s day. It feels so Australian, for fine dining. None of the dishes are overly pretentious or complex, but they’re small enough to remind you your money is going towards quality ingredients.

I usually don’t mention drinks, but as a precursor you have to try the alcohol-free mango and mint house made seasonal soda ($8). Better than a mojito.

Be adventurous and try the asparagus and tyrant ants ($14). They’re spiky on your tongue, and it takes a few bites for you to decide how you feel. Dominant flavour: wood. It’s so well-matched with the lemon and oil on the softer asparagus. Mix up the ants so you don’t get too many at once, or remove the cleverly-placed strips of radish carrying the critters, revealing some perfectly acceptable, mainstream asparagus. The acidic ants are fairly large, and have been used in desserts before by Anna Polyviou. This could become a thing.

The smoked bone marrow with condiments ($15) is on my list as one of Sydney’s best, although a few capers and green leaves with strips of green onion doesn’t strike me as deserving to be ‘condiments’ in the description. The accompanying bread wasn’t particularly nice, and i wasn’t sure if it was supposed to be toasted or just stale. Steak tartare ($26) is always a must, and boy, do they nail the cracker, puffed and thick in true Saint Peter style. The berries were unexpectedly welcome, as blackberries are not overly sweet and complemented the wipe-upable mayonnaise underneath.

Not such good value was the summer zucchini with burrata ($22), which was so confusingly priced compared to the other dishes. It was fairly small, with its heroes being ribbons of maybe two zucchinis and a few chunks of cheese. Swap prices with the bone marrow? Likewise, I am rarely displeased by raw fish dishes, but the cured trout and avocado ($28) price tag, with only four pieces and minimal avo and garnish (basically like sashimi) had me confused.

Dessert was a surprising highlight. Chocolate and caramel ($18) is a cute sample of food architecture. Obviously it mimics the design of Barangaroo House itself (so meta). The mousse was rich and fairly dense, but those disks were perfectly tempered. It would have been nice to have some more of the little cones of piped, creamy mousse and less of the super rich caramel centre.

As usual, value is my determinant. Thus, I wouldn’t advise going specifically for an entire meal and certainly not for a special occasion (too noisy, too bar-y). Nonetheless, go for a drink and a snack, or one or two small dishes on a fine day. That seems to be what they’re aiming for, anyway.

Order next time: that whole roast duck and the short rib. 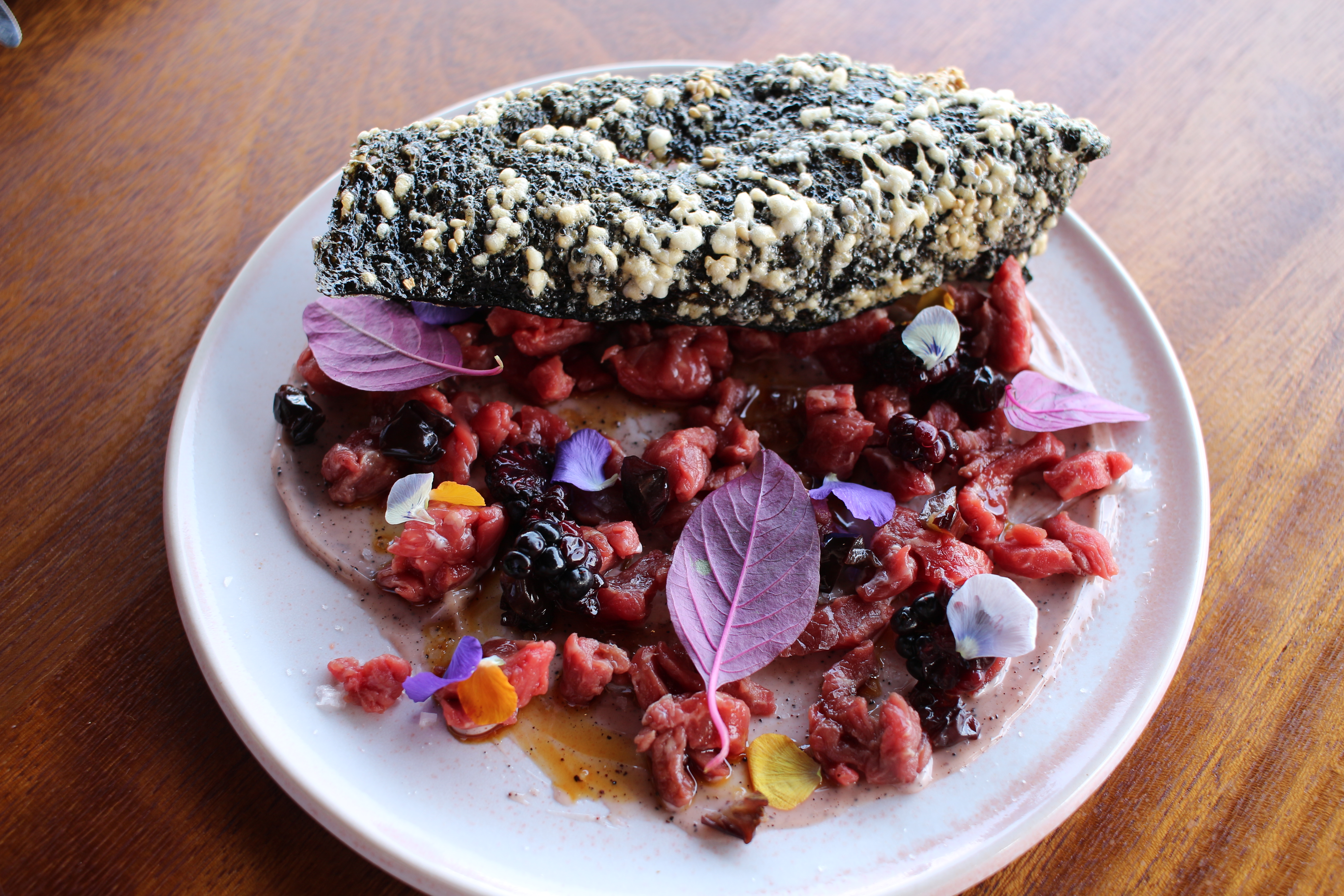